A promotional body for the red meat sector says fines handed to more than 15 butchers for using chemicals to preserve raw meat are not tough enough.

The Ministry for Primary Industries has prosecuted 15 meat retailers and three company directors in the Auckland area for using sulphites and sulphur dioxide in raw meat. 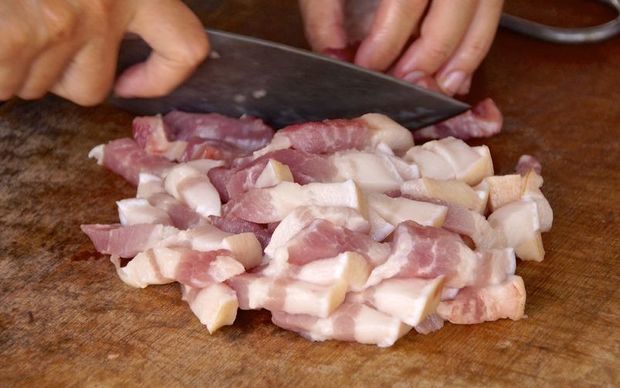 The chemicals are used to preserve foods such as sausages, but their use is strictly controlled by the Australia New Zealand Food Standards Code because of the serious reactions they can can cause in some people.

The cases were heard in the Manukau and Auckland district courts in late 2014 and early this year, and resulted in fines of between $350 and $4500.

Beef + Lamb New Zealand chief executive Rod Slater said it was not good enough that such cases occurred. He said people needed to be assured that supermarkets and major butchery chains were not involved.

Mr Slater said those prosecuted were small-scale butchers who said they were unaware it was illegal to use the chemicals in New Zealand.

"It appears to me that these people are just applying it wherever they see fit, normally in raw, fresh mince meat, but even as far as sprinkling it on steaks.

"I don't know the detail, but in the past we've seen this occur, just on any fresh meat they possibly can, because it makes the meat keep longer."

Mr Slater said the penalties should have been tougher.

"The framework of the law is such at the moment that you can be fined up to $20,000, so there's plenty of scope there. I think that these low-end penalties are not necessarily a deterrent (they) need to be greater."

Ministry for Primary Industries (MPI) compliance manager Gary Orr said it was the first time people had been prosecuted for the offence.

"We first became aware as a result of a couple of people becoming ill in Auckland after consuming a meal that had been prepared with mince, and the testing of the mince identified high levels of sulphur dioxide in it," Mr Orr said.

"We had some anecdotal evidence that there was use of sulphur dioxide in raw meat so we then commenced the operation to establish how widespread the use was."

Since the operation, MPI had been conducted by a number of former butchers who had contacted them and voiced suspicions about retail outlets using the practice.

They had followed up on those tips but also suggested consumers ask their butcher about when their meat was prepared.