Exporters of agricultural products are frustrated with the high New Zealand dollar after it's climb to near parity with the Australian. 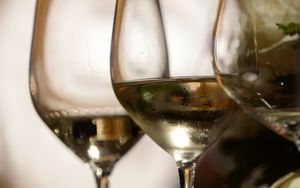 That is because it was reducing the value of exports to New Zealand second biggest market. But they did not expect it to change the volume of trade to Australia.

A short time ago the dollar was trading at 99.22 cents Australian.

But rather than looking for new markets with more favourable exchange rates, the chief executive of New Zealand Winegrowers Philip Gregan said winemakers would stick with Australia.

"They're not very happy with the New Zealand dollar against the Australian dollar. That presents New Zealand wine makers with two options, they can either take a reduced margin out of that market or they can try an increase prices.

"But that's not really an option in Australia at the moment given the state of its economy. These are the swings and roundabouts you experience with currencies, and wine makers could be hurting in the short term, but they will try to take a long term view of things," he said.

Australia is also the biggest market for New Zealand avocados, taking 70 percent of total exports of about four and a half million trays this season.

"It absolutely has impact on the value that's returned out of the Australian market. But Australians do pay between $2.50 and $3 per avocado, so they are generally paying more than New Zealand consumers pay for avocados.

"But if we just look at the season we've just done, there was a 14 percent increast in the consumption of Australian and New Zealand avocados. So we're really seeing an increase in demand across Australia and that's supported by the promotional programme we run in that market."

Overall, Australia buys about 10 percent of New Zealand's horticultural exports, worth about $300 million.

"It makes it harder to compete in that market, but generally speaking I think our exporters have been dealing with a rising New Zealand dollar for quite some time. They're probably well placed to manage these things.

"But what we do haver to remember is that our growers have made a long term committment to the crops that they're growing. It's not easy to switch from one market to another or one xcrop to another, it's a long term investment. I don't expect there will be any strong changes in volumes, but people are always looking at where the best opportunities are."

President William Rolleston said meat and wool exporters needed to now hold on to markets they broke when the kiwi was lower.

Dr Rolleston said they could do this by creating new products and adding value in terms of safety and quality.