Meat company reaction to a newly released report on restructuring the industry has been muted so far. 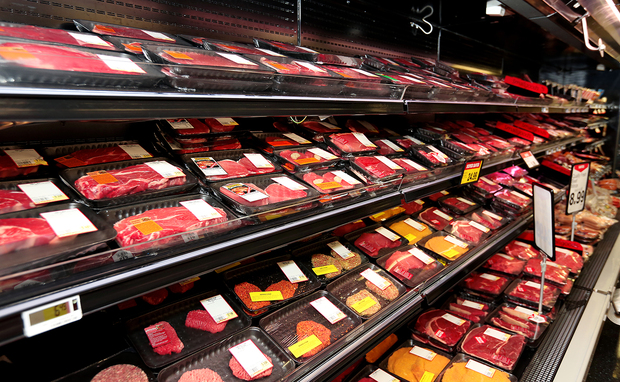 The study comes from the farmer-led Meat Industry Excellence group, which is pushing for a major revamp of the industry to improve its profitability and lift falling returns to farmers.

It advocates a fresh attempt being made to merge the two big co-operatives, Silver Fern Farms and the Alliance Group, and getting the two other big privately-owned companies, ANZCO and AFFCO, to agree to rationalisation measures as well.

So far only the two farmer owned co-operatives have commented publicly, and they agree that over-capacity is an issue that the industry has to tackle.

But Alliance's chairman, Murray Taggart said the difficulty would be in deciding how far the cutbacks should go.

"The dilemma is, you don't have a reserve capacity to cater for the one-in-20 or what it is drought.

"So each individual company has to make their own commercial decision: how does their capacity line up with the flow of stock, and right-size themselves accordingly, and you'll have seen Alliance in the last five years has closed a couple of plants, and we made a commercial decision that we needed to, to ensure the future of our business was sound."

Mr Taggart said Alliance remained open to the merger idea but it also had to stack up commercially, and the financial gains the study claimed, from merging the two co-operatives, are far higher than the benefits it has identified.

Silver Fern Farm's chairman Rob Hewitt said its aspirations are broadly in line with what MIE is seeking, and it was open to any sensible discussions about rationalisation.

"It doesn't necessarily have to be about mergers as MIE have been talking about.

"It could be collaboration around things like toll processing or freight of animals or finished product, so there's lots of opportunities to work together and collaborate and we're happy to talk to anybody about that."