The Government says export markets haven't signalled any restrictions yet on New Zealand produce, following further discoveries of the Queensland fruit fly in the Auckland suburb of Grey Lynn. 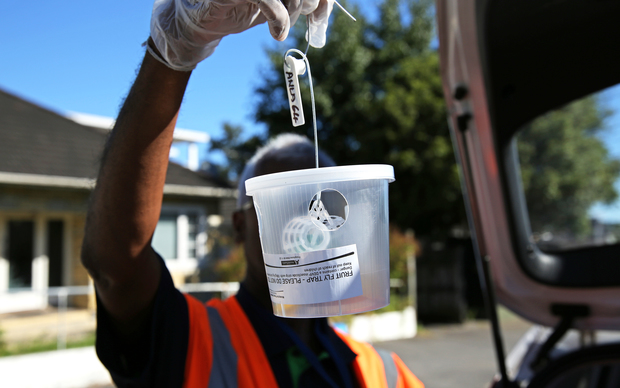 A fourth fruit fly was found in a trap in Grey Lynn yesterday, following the discovery of two adult flies, larvae and pupa on Saturday.

The Ministry for Primary Industries said more flies were likely to be found, but it was confident they were part of a localised population that could be eradicated.

The country's status remained 'Queensland fruit fly free' and it would take a widespread incursion to lose that status.

There had been no adverse reaction, so far, from countries importing fruit and vegetables from New Zealand.

"Export markets are concerned about New Zealand generally so we need to make sure that they understand that this is very much an isolated population in a residential area, far from our export production area," Mr Pollard said.

"Very clearly, Queensland fruit fly is a pest that other markets are concerned about. We are right in the middle of our harvest and exporting season, we're just starting our exporting season right now, so we need to make sure that we can give our markets absolute assurance that this is not an issue, that it's under control and that it will be eradicated."