The bee industry took another step this week in the process of forming a new single body to unite the sector. 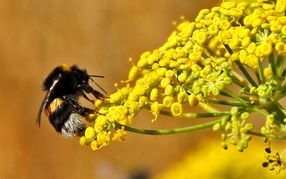 An industry working group was looking at a new organisation that would combine the two bee keeper bodies and other interests such as honey packers, exporters and hobbyists.

It was following up the strong signal for unification that came out of last year's conference by sending out a survey to almost 5,500 bee industry participants this week, to get further feed back on their views.

John Hartnell, who chairs Federated Farmers bee group, said there had been an immediate response.

"The survey is out now. Already on the first day we've had a very strong response to it, because some were sent out by email and some by mail and the email response was very swift, so we're encouraged by that.

That survey closes on the 6th of March and by the end of April we hope to be in a position to have a firm proposal structured on how the industry might be put together, so that we can take that to our conference in June for endorsement."

Mr Hartnell and his counterpart in the National Beekeepers Association, Ricky Leahy said they also had encouragement for the unification plan from the Primary Industries Minister, other political parties and dairy and horticulture representatives they visited in Wellington yesterday.