An owner of Christmas tree farms says businesses have been closing down as people turn to artificial trees. 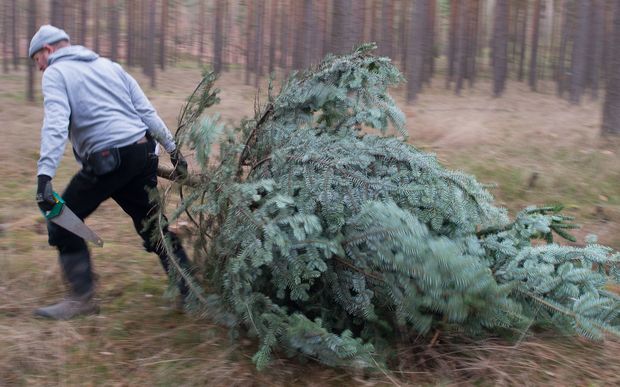 Managing director Ashley Commerer said while the industry appeared to be doing well, it was because a number of Christmas tree farms were shutting their gates.

"Hamilton is probably a classic example, there's I think, three or four farms that have closed down over the last four or five years and one new one has started.

"The customers from those farms have gone to the farms that have remained and it gives the appearance that things are going well for the few farmers who are left, but it's not the case."

Mr Commerer said when the recession hit in 2007, the numbers of people buying real Christmas trees dropped by about 60 percent and the popularity of cheaper, artificial trees took off.

That was when he decided to let people cut the trees themselves, which he said saved his business.

"You know I've been in the industry for over 20 years now and I could see that things were changing, and it was a case (of) 'we have to find something that gives us a market edge against imitation trees that they can't offer'.

"And basically that was it - a farm visit and a handsaw.

"I think that's what's kept us going and stopped us from shrinking and actually starting to expand a bit."

He said it also cut costs because he did not have to hire staff to cut trees and there were no longer transport costs.