A hairy bull tale may have a sleek ending for a livestock improvement cooperative.

It started with a genetic mutation in one of LIC's breeding bulls that caused it some strife a couple of years ago. 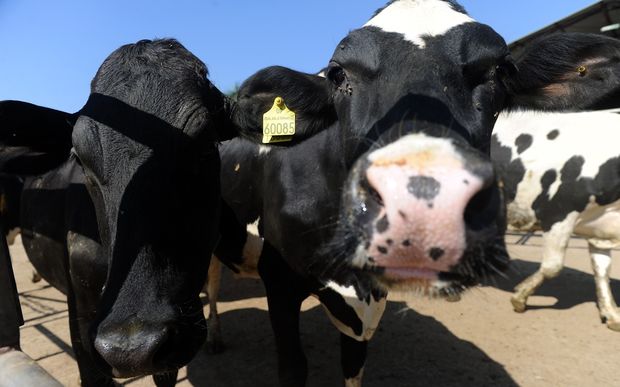 The mutation, passed on by the bull Matrix, produced some excessively hairy calves prone to over-heating and which proved to be poor milk producers also.

It certainly got farmers steamed up - but it got scientists thinking as well.

They discovered another genetic variation in a Caribbean cattle breed, which produces the opposite characteristics, and that has opened up the possibility of breeding a new line of cattle for hot climates.

"So given what we had discovered from the hairy animals and given the gene, it really enabled us to narrow down from a biological point of view what other genes which are closely related to the "hairy" gene could also be involved in the Senapol breed.

"Based on that, we narrowed it down and found a variation in the Cenapol breed; we made the discovery of what actually causes animals to be heat tolerant, as well."

"Our long-term goal through the next three to four years is that we'd like to generate an animal which is probably about seven-eighths New Zealand dairy and one-eighth Senapol.

"And in that eighth Senapol we want to ensure that we also have the variation of interest, that actually confers the heat resistance.

"So we are targetting the Senapol New Zealand dairy crosses which we will be hopefully in the next three to four years selling into some of the markets out there in the tropics."

Dr Spelman said LIC is looking at the potential of marketing the new cattle breed into Brazil and other South American countries as well as Asia.