The Silver Fern Farm meat co-operative says it will decide early next year how it is going to respond to an Employment Relations Authority ruling, that it owes redundancy payments to more than 100 meat workers at one of its Otago processing plants. 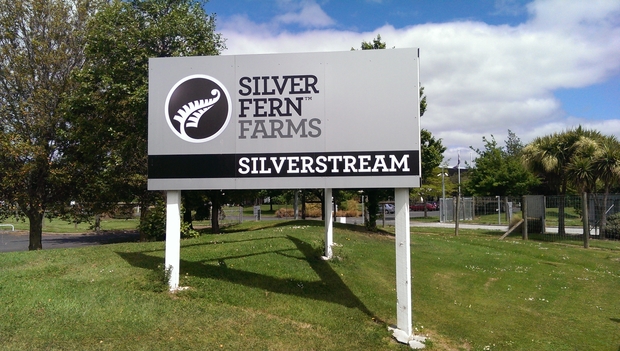 The company decided not to use its Silverstream plant near Dunedin for lamb processing last season. Photo: RNZ

The Meat Workers Union went to the Authority seeking redundancy after the company decided not to use its Silverstream plant near Dunedin for lamb processing last season, leaving 180 meatworkers unemployed.

Since then, the lamb boning room has stayed shut and the plant's been used only for bobby calf and some beef processing.

About 70 of the affected meatworkers accepted the company's offer of work at the Finegand plant in South Otago.

But the Employment Authority considers most of the workers were effectively made redundant, which Silver Fern Farm chief executive Dean Hamilton said came as a surprise.

"It was our interpretation of the agreement that we had the ability to extend the seasonal close of that (plant) for another season. The ERA ruling is that in their opinion, we did not have that ability and that when we took that decision to extend the seasonal shut, that was a technical redundancy of the workforce at Silverstream.

"We are still reviewing what to do next and so I think we will likely come back with a decision in January some time," said Mr Hamilton.

He said Silver Fern Farms could either appeal the Employment Authority ruling or begin negotiations on a redundancy payment, which could cost the company $2 million to $3 million.