Beef + Lamb New Zealand wants the Government to keep pushing for an economic partnership with the European Union.

Chairman James Parsons said New Zealand is one of only six World Trade Organisation members that the EU has not committed to developing an economic partnership with. 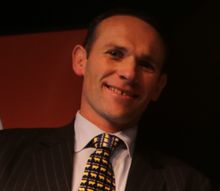 While New Zealand has a tariff-free 228,000- tonne sheep and goat meat quota for the EU, it is a different story for beef.

"It's a huge amount of money for not a massive volume of beef - so if we could reduce some of those tariffs and free that up, it would make life a whole lot easier, so we'd be very keen to progress discussions around that," he said.

"The key thing we are highlighting to our European counterparts is that we would never flood Europe with beef. We just don't have enough to do that. We produce about the same amount of beef as Ireland, just to put it into context."

Mr Parsons said tariffs imposed on New Zealand beef exports add up to an average of $115 per animal.

For sheepmeat, the tariff per animal is a bit over $2.50, largely because of the tariff-free quota to the EU, which takes about half of New Zealand's sheepmeat exports in terms of value.