Orchardists in the Motueka area hit by a severe hail storm earlier this week say it is the worst in the upper South Island region in living memory.

The storm on Tuesday night destroyed apple and kiwifruit crops at a crucial time, just as fruitlets were being formed on apple trees and the kiwifruit just coming into flowering. 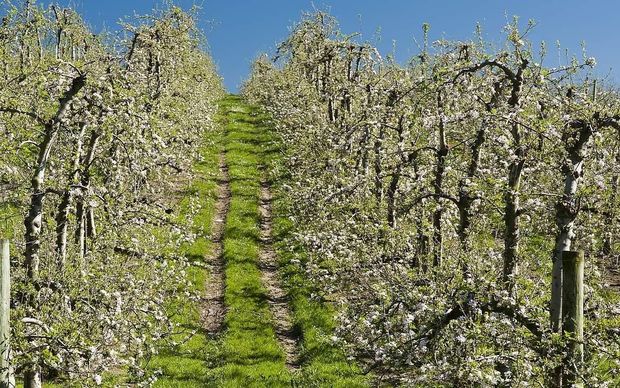 The storm has damaged apple orchards at an important time. Photo: PHOTO NZ

Riwaka grower Jared Fry said the storm was reasonably localised and may have affected several hundred hectares. He said his 40 hectares of apples and kiwifruit were a complete write-off.

"We are insured and I think most farmers have some sort of insurance to some degree, but it certainly has a severe monetary impact and it will be felt for years to come just with cashflow and money."

He said he had to reduce staffing levels by 25 percent because of the damage that would have an impact for the next 18 months.

"We have about 18 permanent staff and more over harvest which will (now) be reduced. The whole community will feel it in some respect; it's like anything - money flows through from farmers to small local communities."

Mr Fry said it was too early to know if anything could be salvaged from his orchard.

"I am hoping some may be salvaged, but it is looking very doubtful at the moment. We have had contact with a number of other orchardists and a number regard it as being 100 percent damage, but there's been a variance of damage about the district.

"Farmers are eternal optimists and that's Mother Nature for you, isn't it? She can be a hard mistress, but it's in the lap of the gods and you have to deal with it."

Chairman of the Motueka Fruit Growers AssociationSimon Easton said it generally took about two weeks before growers were able to get a clear picture of the true extent of damage,

"Then you can start making decisions on whether you actually go in and thin the fruit, try and save it ... or if it's not economically viable, you try and get a juice contract maybe and just pick it for processing.

"You have done a lot of spraying, you've pruned, you have spent a lot of money on the crop to date - so it is pretty heartbreaking."