The Rural General Practice Network says people feeling stressed or depressed should reach out for help and support if they need it. 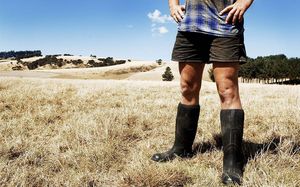 Federated Farmers has released the rate of farmer suicides in New Zealand which show that 22 farmers, including six younger than 24, died over the 2013/14 season.

The statistics have been released during Mental Health Awareness Week and also include seven women and 10 people aged over 50 who took their lives.

The chairperson of the Rural General Practice Network, Jo Scott-Jones, is encouraging people feeling stressed or depressed to get in touch with their doctor or other health professional.

"I think one of the early things to do is go and talk to your GP or the nurse at your GP practice. Talk to somebody that you've got some trust in and connection with.

"Depression isn't something to be ashamed of and suicide is certainly not an option," she said.