Fonterra has launched a new initiative which aims to bring the co-operative closer to its 11,000 farmer suppliers.

The company said Farm Source marks a significant step up in its relationship with farmers. 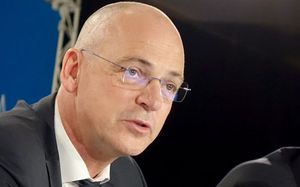 Chairman John Wilson said as a co-operative, it already has plenty of unity and collective strength.

But he said Farm Source was about taking its relationship with farmers to a new level through connected services and support systems.

Those measures include developing more than 70 hubs in dairying regions throughout the country.

Farm Source will be offer its farmers financial rewards to bring down the cost of farm supplies and services and a share of profits from Farm Source hubs.

It will also provide an on-line service for farmers to manage their business with Fonterra and financial tools for managing their shares and capital.

Fonterra launched the initiative today at the first hub in Methven, which combined rural supplies with a drop-in lounge for farmers, meeting rooms and a home base for Fonterra's regional farm support.

Chief executive Theo Spierings said Farm Source is starting in New Zealand, but the company will look to adopt it in other countries where it is growing its milk supply.

He said Fonterra aims to have access to a 30 billion litre global milk pool by 2025.