French-owned infant formula company Nutricia ANZ says it is planning to double the capacity of the processing plants it has bought in New Zealand. 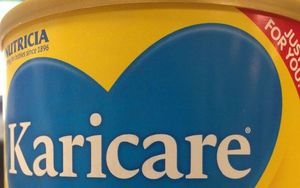 It has set up its own milk supply and processing arrangement in New Zealand after ending the formula supply contract it had with Fonterra, following last year's botulism false alarm.

Danone has an on-going compensation claim against Fonterra totalling hundreds of millions of euros, after having to withdraw infant formula products from sale because of the contamination scare.

Danone Nutricia's New Zealand managing director, Corine Tap, says buying the New Zealand operations would support its growth in that country and in Australia and Asia.

"So our growth plan for New Zealand is that we expect to have milk from around 60,000 cows in 2020, and on the way getting there we will continue to invest in our facilities to be able to meet the growth demands in New Zealand and in Asia.

"After the Fonterra false botulism alarm, we stopped our contract with Fonterra and we had to move our supply partly to a spray drying facility in Europe.

"Now with this acquisition, we will be able to move the supply from our own spray-drying facility in Ireland back to New Zealand, to the plant in Balclutha in the South Island and we will continue to grow the relationships that we have with the New Zealand and Australia partners that we started earlier this year."

Ms Tap said there are strong reasons for Nutricia wanting to re-establish its infant formula supply in New Zealand. In particular, Karicare, which is a long-standing New Zealand brand with a strong heritage.

"We are now moving supply of the Karicare brands to Balclutha, which is 100 kilometres away from Karitane which is where the brand started 100 years ago. It's fantastic story," she said.