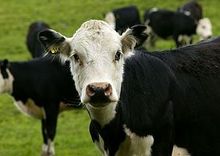 In the year to the end of June, net profit after tax totalled $55 million, up from an $18 million loss during the previous period.

Revenue increased 37 percent to about $242 million, while it has reduced debt by $56 million to $172 million, following the sale of various farms in the North Island.

It said its expansion of dairy production across the country, combined with record milk solid prices, contributed to the strong performance.

Landcorp will pay an increased dividend of $7 million dollars to it's sole shareholder, the Crown, up from $5 million the previous year.

The state owned enterprise owns or manages 137 dairy, sheep, beef and deer farms throughout the country.