The Forest Owners Association has taken umbrage at some of the comments made by the government safety agency, Worksafe New Zealand in its submission to the independent panel reviewing forest safety. 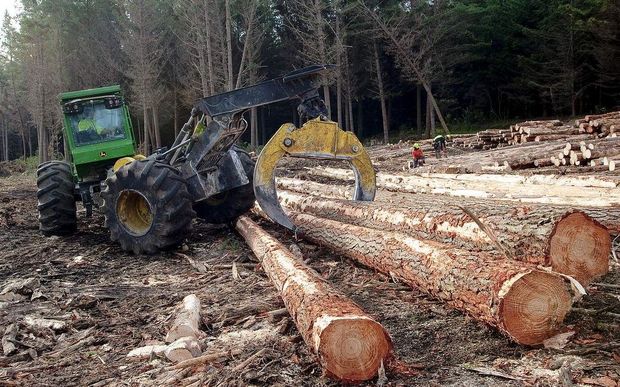 The Worksafe submission says safety is not a high enough priority and is undermined by non-compliant operators. Photo: PHOTO NZ

And it wants point scoring and finger pointing over the industry's high accident rate to stop while the panel drafts its final report.

In its submission Worksafe identifies a range of shortcomings that it says have contributed to the industry's poor safety record.

It says complex contracting relationships, and short-term contracts mean that no-one is taking responsibility for safety.

The submission says safety is not a high enough priority and is undermined by non-compliant operators, but it also concedes that the past performance of the regulator had been lacking.

Forest Owners Association president Paul Nicholls said having Worksafe publicly condemning the sector for a lack of safety leadership was not helping the review process.

"Worksafe obviously have a lot to contribute to the panel in their review to make things better, but let the panel then take their views, add them to the numerous other submissions, and come up with a series of recommendations, having distilled down what they believe is the best way to go forward."

Mr Nicholls said some members of the Forest Owners Association would dispute Worksafe claims that there had been a lack of leadership within the industry.

"You know, the long-term serious accident rate in our sector has halved, relative to the number of trees harvested over the last 10 years, and the accident rate for FOA members has fallen to 25 percent of that of non-members. So, perhaps the picture they've portrayed may not be the correct one, but let's leave it to the independent forest safety review."