The Forest Industry Contractors Association estimates that close to 50 operators have left the industry due to the slump in the log export trade.

A fall in demand from the main market, China, earlier this year has sent log prices tumbling, which has in turn reduced harvesting. 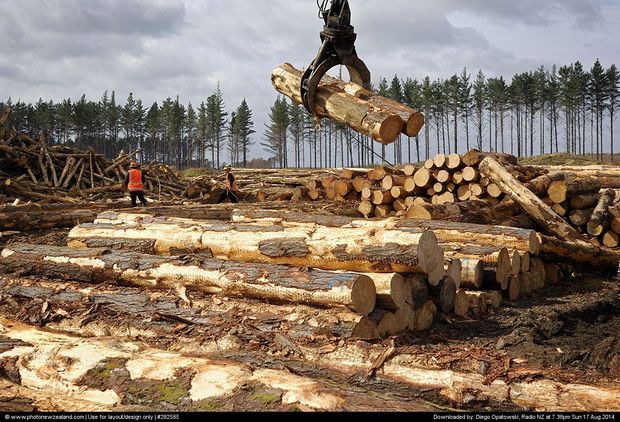 It's estimated that close to 50 smaller scale forestry operators have left the industry due to a drop in demand. Photo: PHOTO NZ

Contractors Association chief executive John Stulen said the main impact had been on smaller scale and short-term operators working on farm forestry blocks, where there had been a surge in logging when the prices shot up last year.

"As those prices have dropped back in China over the last few months farm forestry has actually shut the door and it's basically a closed industry because there's not enough money it."

But it said in its submission to the independent forest safety review, that there was no firm evidence that the fundamental changes required to improve safety in the sector have occurred in a sustainable way.