Robots are not only taking their place in milkiing sheds or on vineyards and orchards - aerial drones are increasingly being used to extend the reach and view of human farmers.

A drone pilot flies a GPS-guided aerial vehicle over a crop (above) after programming it (below) for an aerial survey of the need for nitrogen-based fertiliser in different parts of the field to improve productivity. Such data can help farmers to adjust and limit the amounts of nitrogen leaching into waterways or becoming greenhouse gases. Photo: AFP 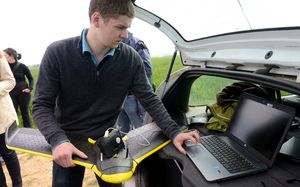 Unmanned aerial vehicles or aerial robots - known in the military world as drones - are increasingly being used for a range of activities on farms, including checking fences and water systems, and monitoring and even moving stock.

Linda Bulk of the Aeronavics company, said farmers were surprised at how easy they were to use.

"It's so practical,'' she said. "There's that eye in the sky, what you see from above is so much more infrmative than when you're on eye level to start with and it gets into those hard to reach areas that are often a hazard for quad bikes.

"Because it's just so easy, you can programme it so you can identify a couple of points on your farm where there are fence lines or water troughs.

"And you can press a button and it takes of by itself and it flies that route by itself and it offers you an instant view of what the camera is seeing up there, so you essentially get a bird's eye view and you get to see the bird." 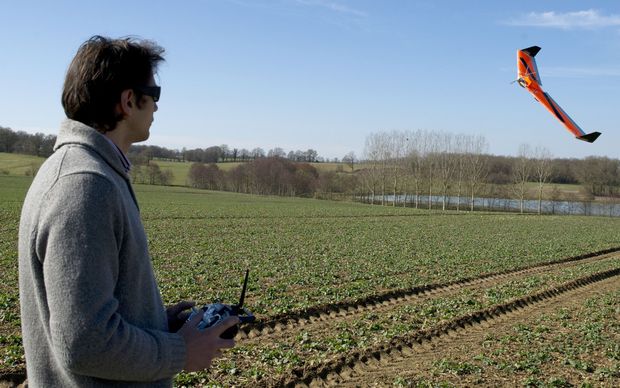 Airinov's commercial director, Romain Faroux, flies a drone which records data for an agronomic analysis of crops, providing farmers with information to optimide the use of fertilisers, and pesticides. Photo: AFP