The ACT Party's vowing to target Fish and Game in the next parliamentary term saying the lobby group that is questioning the environmental impacts of intensive agriculture and irrigation has grown too big for its boots.

ACT's primary industry spokesperson Don Nicolson is sick of what he says are the group's discriminatory attacks on farmers.

He said if ACT was part of the next government it would make a review of Fish and Game a condition of its support.

"It's quite legitimate for ACT to question Fish and Game's role - one of which is to manage the introduced species trout - but they seemed to have turned into an advocacy group who believe their role is much wider than their remit really is and that's got to be tested."

Fish and Game has statutory authority to advocate for fresh water.

"The only way you're going to get that high environmental integrity is to have the right evidence in the right people's hands so you can make (an) evidence based outcome focused decisions. Currently we can't do that." 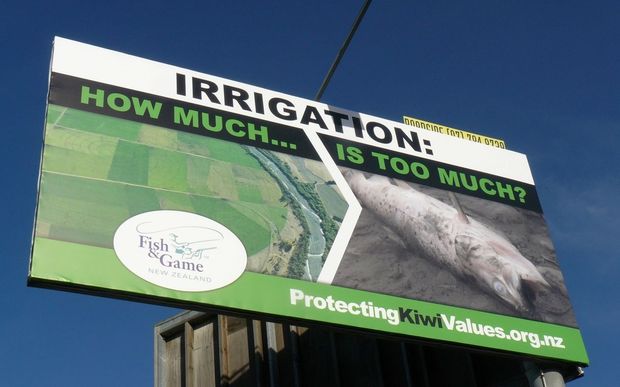 A Fish and Game billboard in Canterbury. Photo: SUPPLIED