A Northland vet working in storm-hit Hikurangi Swamp area says some flooded farms won't be able to carry stock for months and that the impact will last for years.

Ross Woods says there are about six farms in the area that remain submerged following the storm earlier in July and more heavy rain at the weekend compounded farmers' problems. 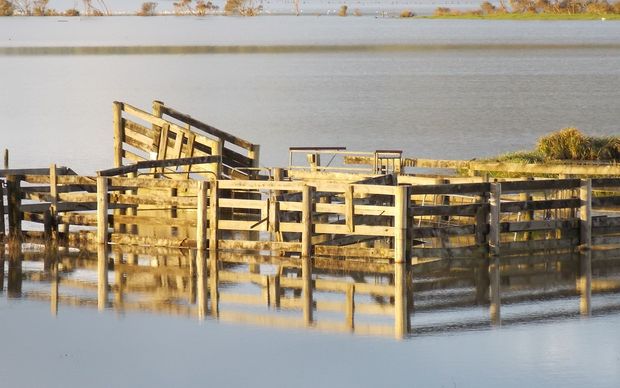 Dr Woods says many farmers have had to partly or fully destock, and flooding is ideal for outbreaks of water-borne diseases including leptospirosis and salmonella. He says it's clear some farmers will feel the effects long after the land dries out.

"There'll be quite a lot of reproductive issues you know the cows probably won't have optimial feeding. They'll probably have trouble getting in calf and that picture can last for at least a couple of years, if they're late this year, they tend be late the following year.

"Some of them are going to carry on, there will be some financial problems and that they have to carry on with right through for a couple of years time."

Help for farmers and growers

Taskforce Green workers will soon be on the job in Northland to help farmers and orchardists.

The temporary employment programme is funded by the Government to help regions recover from adverse events.

The Northland Regional Council says three five-strong teams will be trained in the next few days and sent out into the field next week.

People can also apply to their local councils for grants of up to $1000 from the mayoral relief funds. Priority goes to people who have not been able to get help from insurance companies or Work and Income.