Many farmers in Northland are still waiting for floodwaters to recede before they can begin the clean-up from last week's storm.

Co-ordinator for the Northland Rural Support Trust Julie Jonker said for many farmers there was little they could do at the moment.

"It's a really difficult situation, it's just awful sitting their watching your cows in a little corner of a paddock while the rest of your farm is underwater, it's also soul destroying but we'll try and help them get through this as best as we can." 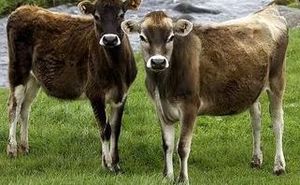 Julie Jonker said the most pressing issue at the moment was getting feed to farmers who are calving at the moment and whose pasture is still flooded.

But she said the response to the farmers' plight has been amazing.

"We've got I think at least six to seven truck and trailer loads which are due up before Tuesday, that we can have organised.

And plenty more feed further afield, so we've had good response from people offering to send up feed - it's been amazing."

However, Julie Jonker said some farmers seem to be coping better than others.

"Some of them are and some of them aren't I mean it's one of those things, you never know what's going on in people's lives - this could just be an added pressure that they don't need.

We're trying to contact those people who just really are struggling to cope."

Julie Jonker said the Trust will have ag facilitators out later this week visiting affected farmers.