Beef and Lamb New Zealand's new genetics service is up and running, after the signing of a contract giving it Government funding of $15 million over five years. 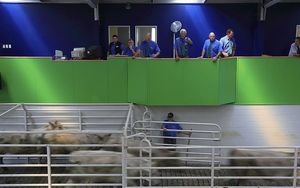 It will get $44 million in total, mostly from sheep and beef farmers and the wider red meat industry.

The service brings together existing sheep genetics programmes, such as Sheep Improvement and Ovita, and will include a new focus on beef cattle breeding.

General manager Graham Alder said it was all about providing farmers with the tools and information to buy better rams and bulls.

"We're doing a lot of consultation with industry, to see that we are heading in the right direction. We've got our overall objectives of better breeding, more accurate evaluations and we want to match genetics to end users," Mr Alder said.

"But within those objectives we're consulting with third parties who are interested in this programme."

Beef and Lamb already had some projects up and running because they had carried on from previous organisations, such as Ovita, he said.