He may have won this year's national Young Farmer contest but there's no resting on his laurels for Northland beef farmer, David Kidd. 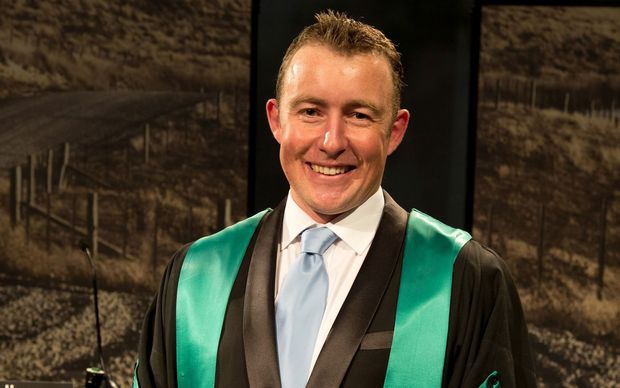 He's back out on the farm at Shelley Beach on the South Kaipara head peninsula on Monday, catching up after an intensive few days of competition which put the seven finalists through their paces at Lincoln last week.

Mr Kidd is the first northern region grand finalist to win the Young Farmer award in 46 years of competition, and it came down to just two points in the end at the Saturday night quiz.

He said the win means a lot to him as a new farmer, having taken over the management of the beef breeding and finishing farm he's running, a little over two years ago.

"I think it's still sinking in, but it was just a great opportunity to get my name out there in the rural and farming community and I'm sure it will open a lot of doors and give me opportunities over the next year to be introduced to a wide range of different people who I have no doubt will help me through my farming career."

He said he's had a huge amount of support from his staff on the farm.

"We really needed everything we've got. We had a bit over 200 mms since the start of June and it's only now we are starting see a bit of ponding on top of the farm, so it just shows how dry it has been."

It was Mr Kidd's first time as a Young Farmer grand finalist, but his father took third place in the 1984 event.

Second place in this year's contest went to Reuben Carter of the Tasman region, with Dean Rabbidge of Otago/Southland placed third.