Farmers want politicians to get serious about rustling and impose harsher penalties for stealing or slaughtering stock. 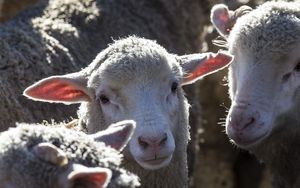 Recent reports of a rustling ring operating on the North Island's East Coast and the theft of breeding ewes in Waikato were trumped by last week's shooting of about 200 sheep on a North Otago farm.

And overnight on Sunday, at least 15 more sheep were killed in the Ngapara area, inland from Oamaru. Police investigating the second attack said it was too early to determine whether the incidents were linked.

Federated Farmers said the police were taking the incidents very seriously. Farmers were being urged to be vigilant about securing property and stock, and to watch out for suspicious vehicles or people.

Federated Farmers rural security spokesperson Katie Milne said stock theft or rustling was costing the farming community about $120 million a year, and it was clear the penalties being imposed for these offences were not enough of a deterrent.

"At the moment they're generally just treated as burglary, theft of stock or property, and we feel it should be really separated out and dealt with in a category all of its own," she said.

"If it was in a different category we could perhaps go for more severe jail time and things like confiscation of the devices used in the event, like fisheries.

"And we think that being able to take the farm ute, the pack of dogs, the trailers, the rifles, that may be used in perpetrating stock rustling would be a good deterrent, because these events are quite costly to farmers."

Federated Farmers' North Otago vice president, Lyndon Strang, said police had sealed off the site while they investigate, but it appears those sheep have also been shot.

"They're not sure of the exact timing. They think it might have been over two nights, because at this time of year, farmers aren't going to every mob, every day, so they believe it was at some stage over the weekend.

"The community is pretty worried because it's just sheer callous killing. There's no motive, they don't appear to be taking the stock for food or anything else. There's no gain for the people who are doing this. I think that's what concerns the community most at the moment."

Mr Strang said while the farms appear to have been targetted, the motive remains a mystery.

"There doesn't appear to be any connection between the two. The only thing in common we can see at the moment is that it's small sheep- lambs and hoggets - that are being targetted.

He visited the farm hit in the second attack on Tuesday.

"They're pretty upset, they're pretty annoyed, they're puzzled and I think they're pleased to know they've got the support of the people around the community, so it's more astonishment than anything and concern for the families. They're got young kids and just what's going through their heads is a concern as well."

A fund-raising appeal for the first farming family those sheep were attacked will be extended to cover both farmers.

Federated Farmers called on political parties to develop specific rustling policies but only ACT had one, and it believed prison should be mandatory for stock rustlers.