Organic farming practices can significantly reduce greenhouse gas emissions, an international organics leader says - and he says he has the science to back up the claim. 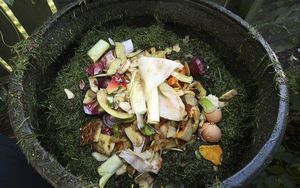 "Not only do we put out less emissions, we commissioned peer reviewed science and what it shows is that with average good organic practices, organic farms will sequester two tonnes of CO2 per hectare per year," Mr Leu, who is visiting New Zealand, said.

"Now if we wanted to extrapolate that globally using FAO figures for for agricultural land, that would equate to 20-percent of the world's current green house gas emissions.

"So not only do we emit less, we can sequester, so we can turn agriculture from a problem, from being an emitter, to a mitigator."