Mr Powdrell, who is the federation's meat and fibre vice-chairperson, said he saw some significance in a statement from the country's biggest farming enterprise, Landcorp, that it was exploring the idea of adding sheep milking to its farming operations.

New Zealand has only two sheep milk processors of any size: Blue River in Southland and Waituhi Kuratau in the North Island. 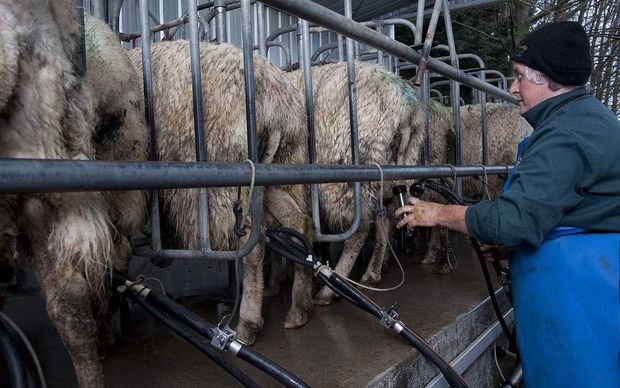 Mr Powdrell said with sheep farming under pressure from dairy expansion, adding milk products to meat and wool on a larger scale would make the sheep a tri-use animal.

"For me, the fact that Landcorp's looking at it, if they're looking at something there's generally a good reason," he said.

"As far as our sheep industry goes, if we can add another string on the bow, give farmers another option.

"I suppose the key thing for anyone who would be looking at perhaps milking sheep would be availability of processing facilities. Whether the existing processors want to enlarge their operations or whether it means that new processing facilities would need to be built, and factors like that."

Sheep milk had only an estimated 1.4 percent share of the global dairy market but the trade potential was huge, Mr Powdrell said.

Sheep milk accounted for 3.9 percent of milk production in South-East Asia, more than 4 percent in China and 7.5 percent in North Africa and the Middle East. As well, the United States imported about half of the world's sheep cheese last year.

"The other thing on this is probably educating the world and our own consumers of the potential of sheep milk products. I don't think most of us would have even tried sheep milk or sheep cheese or anything like that.

"The other thing that springs to mind is perhaps some of the sheep land that's going into more marginal dairy production, well perhaps there's an opportunity there that milking sheep on it may be a possibility."

There were other benefits from sheep milk to consider as well, including that it contained higher milksolids than cows milk, which was why it was popular for cheese making, Mr Powdrell said. It also fetched a premium price with some consumers as it was more easily digested.