The organisation behind the national agricultural expo says it isn't letting the grass grow under its feet after wrapping up this year's event.

The organisation behind the national agricultural expo says it isn't letting the grass grow under its feet after wrapping up this year's event.

More than 900 exhibitors took up 50 hectares of space at the giant agricultural showcase this year, including 28 new large outdoor sites. 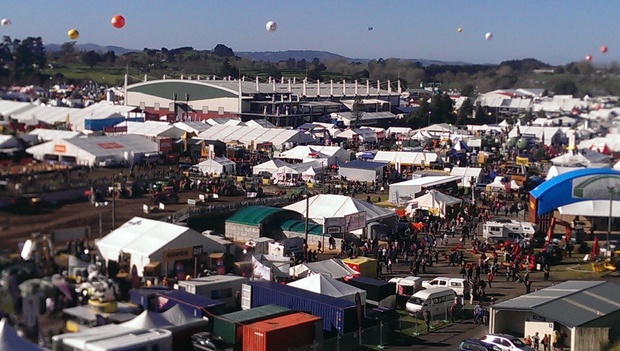 The Fieldays chief executive, Jon Calder, says staff are already working on plans for further expansion next year to meet the demand for exhibition space.

"We've got some pretty big plans and we are going to have to get moving pretty quickly in terms of creating some new exhibition space.

"We were inundated with exhibitor demand this year and we know we've got to keep pushing the envelope so to speak and expanding the footprint to make sure we can accommodate everybody.

"We've got 115 hectares that the Fieldays Society owns, and it's just a matter of working with our design team and arcitects and just figuring out how we can optimise the layout and use the space in the most effective way.".

Meanwhile, local schools and community groups who provided volunteers to staff the gates and provide other help will benefit from donations from the Fieldays Society.

"As an incorporated society we have a charitable purpose and the reason fieldays was founded was for advancing agriculture, but we also have a strong connection and desire to give back and support our local communities.

"Last year we gave more than $200,000 back to the agriculture sector and the local community and that's a number that the board have said they'd like to increase five-fold over the next five years and get that up to around the $1 million mark."