The gates opened to the public at the 46th National Agricultural Fieldays at Mystery Creek in Waikato today.

Fieldays chief executive Jon Calder said one of the new features this year would be a display of robotic milking.

"This is hopefully going to be a precursor in to a next stage of development. We're looking to build a dairy innovations centre that will become a showcase of everything linked to the future of dairying," he said. 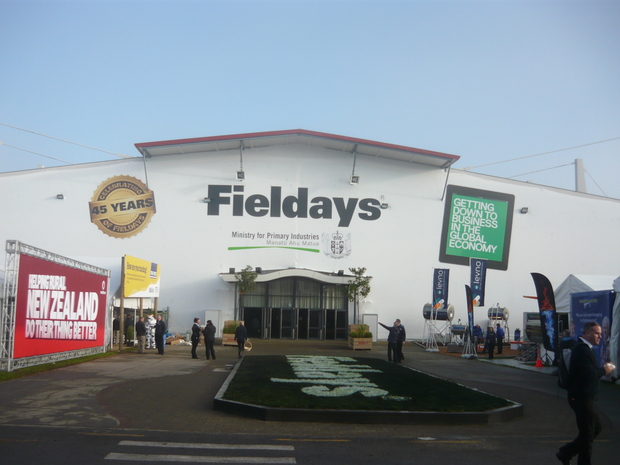 "The other one that we've been working on for 12 months is an education programme so we'll run that on the Friday morning of Fieldays and bring in over 100 secondary school students looking to forge careers in agriculture."

Mr Calder said there was a looming skills shortage in terms of tertiary graduates in agri disciplines.

"We think Fieldays is a great vehicle to work with a number of organisations who are already doing some really good work in that space."

One of the organisations Fieldays is working with to champion careers in the primary sector is the agri department of NZX.

It is officially launching its 'Land - Your Dream Job' campaign on Wednesday morning at Mystery Creek.

Spokesperson Jackie Harrigan said its campaign was all about letting young New Zealanders know about the wide range of opportunities the sector offered including support services.

"It's not just about working on a farm or in an orchard. There's all these other cool jobs that we think would really appeal to young people who have an interest in the sciences or want to be involved in business. And we need to tell kids in the cities that there's great opportunities."