The national agricultural Fieldays at Waikato's Mystery Creek are seen as a barometer of the economic state of the rural economy, a banker says.

The perception is that farmers upgrade equipment and spend more when they're having a good year.

Graham Turley, commercial and agri head of the country's biggest rural lender ANZ Bank, said this year's Fieldays - which start on Wednesday - will be a measure of how the agribusiness sector is gearing up to capitalise on growing export opportunities.

"I guess everybody's always interested, year in year out, just what sales take place, be it milking systems, tractors, cars, gumboots, whatever, and it's generally seen as a bit of a litmus test of how the economy's going," Mr Turley said.

"The dairy industry particularly, and also the red meat sector, have had really good prices and so I guess there is a bit of an expectation that things are going to be very buoyant this year, albeit the recent announcement from Fonterra (reducing its milk price forecast) may dampen a little bit of activity."

Nevertheless, the rural sector overall was in a confident mood, he said. 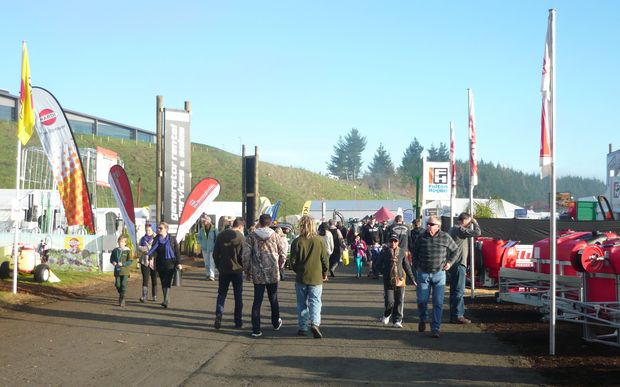 In its latest situation and outlook report, the Ministry for Primary Industries forecast primary sector exports for the past year to reach record levels of $37.7 billion - about $1.3 billion more than previously forecast.

Those heading for Fieldays are being advised to take their gumboots, with heavy rain forecast to hit.

"We're watching it closely and I do have some staff assigned to monitoring it and we're keeping abreast of the (MetService) weather warnings that are coming out," he said.

"But at the moment it's gumboot weather all round, nothing beyond that really at this point."