New Zealand dairy farmers will become the only farmers worldwide subjected to a tax on their livestock's emissions if the Green Party's emissions proposal becomes reality, a lobby group says.

"We are the only country in the world that is even contemplating charging farmers for their production," Mr Rolleston said.

"We are the most carbon efficient protein producers in the world, so the effect of any tax - and I think the Greens get it but haven't put it in their policy yet - the effect of that is if you tax farmers for their biological emissions, you drive production off-shore," he said.

"Every country has got its particular problem industries if you like, or challenges, to perhaps put it more positively," he said.

"So (United States President Barack) Obama right now is moving against coal-fired electricity, which is the United States' big challenge for reducing their emissions, and so in New Zealand, one of the big challenges that we have to address is the dairy sector in particular."

That was because emissions coming from the diary sector had doubled since 1990, Dr Norman said.

Interim voting results showed 60 percent of 14,436 eligible farmers voted, and 78 percent of those voted to continue the levy.

Dairy NZ said that was the highest level of support shown for the levy, which would stay at 3.6 cents per kilogram of milksolids until at least May 2016.

The levy is used to fund ongoing research and development, environmental work and other industry initiatives. 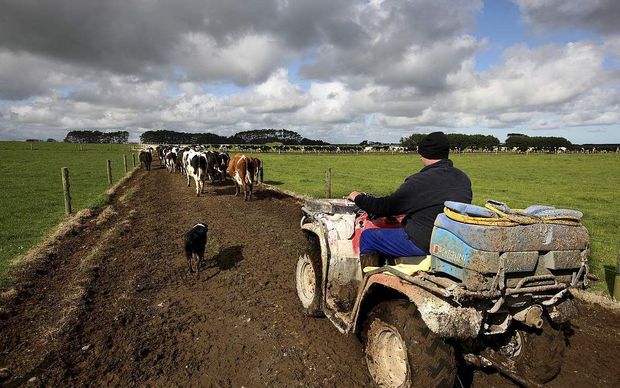