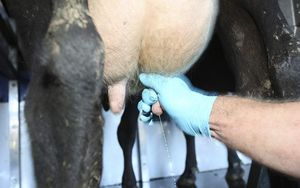 Currently farmers can sell up to five litres of unpasteurised milk per customer at the farm gate.

And with a rise in both consumer demand for raw milk and concern over the risk of drinking unpasteurised milk, Federated Farmers wants farmer feedback before it makes its submission.

The federation's food safety spokesperson, Dr William Rolleston, said regulation around raw milk sales was key, as it was a market that easily goes underground.

"We know that pasteurisation helps milk to be safe, and if you're not using pasteurisation then you're going to need some other way of ensuring the safety of milk."

After a recent outbreak of campylobacter from raw milk in South Canterbury, the local medical officer of health warned drinking untreated milk is a dangerous thing to do.

"This is a process where we really need to try and protect the reputation of New Zealand as a producer of safe food and we want to make sure that we minimise, to the extent that we can, any issues that might occur with the sale of raw milk."