The Ministry for Primary Industries is asking for more public feedback on possible changes to the law covering the sale of raw milk to consumers.

Raw milk is untreated milk that has not been pasteurised by being heated. 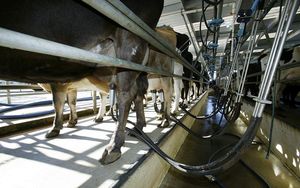 The law currently allows producers to sell, at any one time, up to five litres of raw milk from the farm direct to a consumer.

But the Ministry said there was some confusion over what's allowed and the current law is outdated.

It said the demand for raw milk appeared to be growing and since 2009 there have been more outbreaks of foodborne illness associated with drinking raw milk.

In March, a South Canterbury farm was forced to stop selling raw milk for a time, after cases of campylobacter were traced to it.

The Ministry's deputy director general for policy and trade, Deborah Roche, said the demand for unpasterised milk had to be weighed up against food safety risks.

"When we consulted on this issue late in 2011, the feedback showed that a sector of our community want to be able to buy raw milk for drinking, but was clear more research was needed into the risks of illness from pathogens that might be present in raw milk.

"So we took the time to make sure that any policy recommendations that we come up with would be informed by sound science and we've now done that work."

Ms Roche said it showed that certain on-farm practices can help reduce the risk in raw milk. "But we can't guarantee that we can eliminate pathogens in raw milk and we also know, obviously, that the more people who consume raw milk, the higher the chance of an outbreak."

MPI has proposed three options for the sale of unpasterised milk to the public.

They range from restricting sales from farms to consumers to six litres each a day, to no quantity limits and allowing home deliveries as well, but with more stringent production and labelling conditions.