The Environment Court is taking unprecedented action against a Marlborough dairy farmer who's been warned he could lose the right to farm.

Philip Woolley has repeatedly had enforcement action taken against him for environmental breaches at farms he owns in Nelson and Marlborough.

Recently Mr Woolley was fined $38,000 and sentenced to two months home detention for driving a tractor through a protected wetland on one of his farms in 2010. 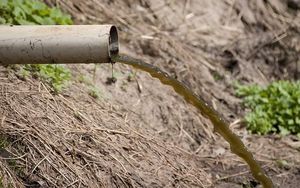 Jackie St John, a resource management lawyer with Anderson Lloyd Lawyers, said the Environment Court has had enough of Mr Woolley's failure to comply with effluent rules at his Awarua farm at Tuamarina and in April brought in strict new conditions.

"So what it's done is it's ordered that an entirely new effluent system be approved and installed on the farm by the 30th of July of this year. It's also ordered there be no restocking of the farm for the 2014/15 milking season until this new effluent system is put in place and that has reasonably significant implications for Mr Woolley," Ms St John said.

Ms St John said if improvements are not made further action is possible.

"It could take an even further step and order the farm to be de-stocked or alternatively even to cancel the farm's resource consent entirely. Which would mean the operation as a whole would need to cease."

She said cancelling the farm's resource consent is quite unprecedented.

"I'm not aware of it ever having occurred elsewhere in New Zealand."

Ms St John says her advice to any farmers struggling to comply with effluent or environmental conditions is to be proactive - whether that means getting expert effluent or legal advice.