There's relief in the primary sector that research centres that missed out on Government funding will get another chance from the Budget.

The Government has earmarked an extra $53 million over four years to fund centres of research excellence.

it will allow the creation of three more centres, bringing the total to 10.

The funding boost has been welcomed by established research centres that missed out on the latest allocation, because it means a chance to have their applications for continued funding reassessed.

They include the Riddet food science centre at Massey University and the bio-protection centre at Lincoln University, both of which are seen as carrying out research essential to the primary sector.

Riddet Institute co-director, Professor Paul Moughan, said Government funding had made up about $3 million of its annual $10 million income, and he was confident the centre still stood a good chance of getting that renewed.

"It's been funded as a centre for research excellence for the last six years. In that period it has grown its research capability.

"It has got an amazing array of programmes that are really doing innovative work for a lot of our key food industries and for the agrifood sector and it would be a shame to see that potential that has grown up over the last six years to be diminished or lost." 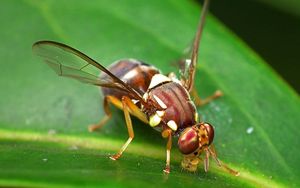 The bio-protection centre at Lincoln has also been getting about a third of its funding from the Government.

Director Travis Glare said that was essential to the fundamental research it was doing on biosecurity and plant protection.

"There was a lot of consternation in our industries, around not funding something that's so crucial to New Zealand's productive sectors, so it's really pleasing to have another opportunity to go for centre for research excellence funding.

"The Government funding is about one third, but it's the bit that we use very much for looking at developing the next generation of solutions to New Zealand's bio-protection problems."

But Professor Glare said the centre did not know yet what was involved in the closed tender process research bodies competing for funding would have to go through.