It's taken a few years, but an artisan beef producer has finally cracked the big one.

Colin Brown of Lake Farm on the shore of lake Karapiro in Waikato won the grand champion title in the Steak of Origin competition this week with a pure Angus sirloin steak. 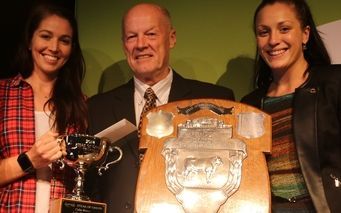 He's been a finalist for four of the past six years and in 2009 he won the supreme brand award with his Lake Farm Beef brand.

He's a small scale operator, producing his beef from 100 cattle, and selling directly to customers through the internet.

Colin Brown says the Steak of Origin contest is a good way of judging how his beef measures up against the best in the land.

"It's an outside test to show what the tenderness factor is of the beef and it compares it to all the, probably the elite beef in the country, so it gives you an idea of where your standing is, and so for us, obvuiously that's very important. We want our customers to know what our beef's like.

"We're incredible passionate about the whole genetic process of what we're doing."

Colin Brown says a combination of factors goes into producing a top steak.

"And obviously there's some areas in the genetics that we don't even understand yet, but certainly from my perspective, I think animals that live in a very safe, secure environment, as they do here, they're never stressed, we don't have dogs, the quality of the meat is significantly better by living in that sort of environment.

"And even within the genetics, docility is very powerfrul, so one of the major traits that we're looking for in the genetics is docility. We want animals that are nice and quiet and don't get stressed."

The brand champion this year was AngusPure, Wilson Hellaby.

A new people's choice award went to Ballyhooley Beef from Winton, with a Murray Grey steak.