Dairy conversions and other land use changes have contributed to the low number of entries at the annual breeding bull sale in Feilding, an auctioneer says. 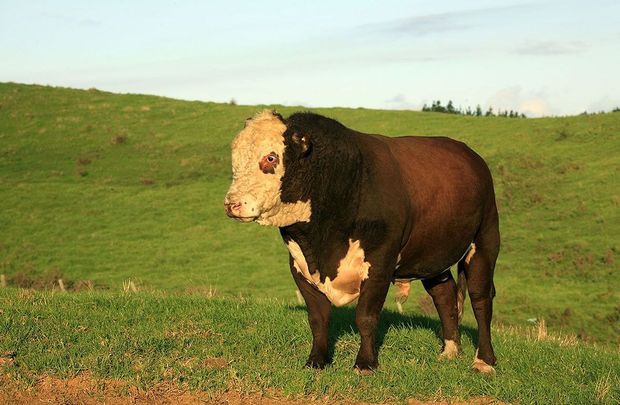 Bulls from seven beef cattle breeds, as well as some breeding cows and calves, are ready for auction in Tuesday's AgInnovation genetic sale, formally known as the Beef Expo.

The event is traditionally the start of the bull selling season.

But Bruce Orr, of PGG Wrightson, said it would not be a vintage year.

There had been good support from Hereford breeders but entries for some other breeds were the lowest he had seen in 20 years.

"And the reason for that often has been the success of on-farm sales throughout New Zealand in the last four or five years, which perhaps discourages some vendors in some breeds from putting bulls forward," Mr Orr said.

"There's still a lot of land in the North Island being replanted in pines, on the East Coast particularly, and that's traditionally been breeding country," he said.

"And of course right throughout the South Island, particularly mid-Canterbury and into Southland, the influence of dairy and the new conversions are still in high numbers. They take land out of use that may have run beef cattle."