Scientists and beekeepers in Hamilton are trying what they say would be a world first - eradicating the killer honey bee disease, American Foulbrood, from a city.

The bee industry has a national pest management strategy, which aims to eventually eradicate the disease from the entire country by destroying infected hives.

But Plant and Food Research's leading bee scientist, Mark Goodwin, said the Hamilton project, targeting growing numbers of hobby bee keepers in particular, was a new approach to battling the bacterium that could wipe out entire colonies by infecting bee larvae. 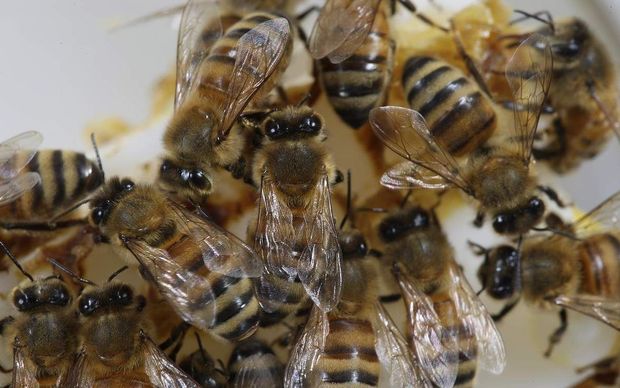 "Because we've got so many more hobbyist beekeepers, a lot of them aren't as experienced as we would like," he said.

"So, because of that, they're less likely to know how to recognise American Foulbrood and how to deal with it, so we're at risk of the percentages increasing.

"But if we can actually go and eradicate it completely from a city, then we can restrict bees coming into it. So that once we've got it free of the disease we can stop it being reintroduced."

"But it also restricts what people can do with bee hives. They have to be very careful if they're taking things out of one beehive and putting them in the next, so it puts quite severe restrictions on bee keeping in total."

Dr Goodwin said New Zealand was unique in aiming to eradicate American Foul Brood. He said other countries try to control it with the use of antibiotics.

He said they were hoping that, if it was successful, the eradication model could be applied to other New Zealand cities.

Meanwhile, speakers at a conference near Gisborne on Friday will outline the progress made in identifying plants and trees that provide the best food for bees.

Beekeepers, farmers and farm foresters attending the second Trees for Bees conference at Eastwoodhill Arboretum will hear that researchers have so far built up a list of about 200 trees and plants that provide the protein-rich pollen essential to honey bee health and survival.