Farmers are being warned to be wary of the part animals play in the rise of antibiotic-resistant bacteria.

The World Health Organisation has released a study saying common infections can once again be considered potentially fatal, because of growing resistance to antibiotics. 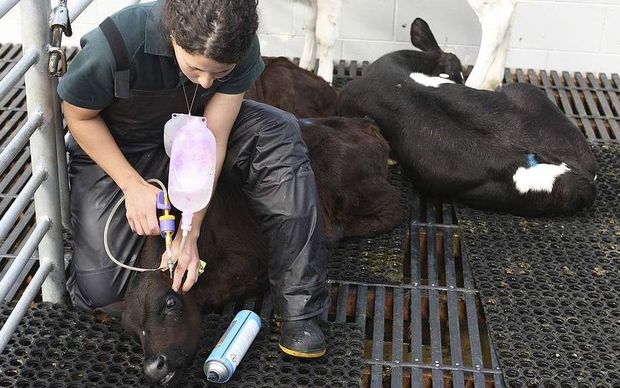 The Veterinary Association says antibiotic resistance is as much a problem for livestock and pets as for their owners, especially as diseases that become resistant in animals can transfer bacteria resistance to humans.

Association's president Steve Merchant says vaccination, hygiene and biosecurity protection can all help reduce the need for antibiotics and slow the rise of resistance.

"The messages are the same as they would be for people - don't use antibiotics as the first resort. There's good husbandry, proper hygiene, parasite control, good nutrition - they'll all minimise the sort of diseases that could create the need for antibiotics."

"If you do need antibiotics then they are prescribed under the direction of a vet who understands the best antibiotic and what the condition is. The key message is to use them as directed.

Mr Merchant says farmers are generally aware that overuse of antibiotics can pose problems but this can sometimes be in conflict with economic pressures.

For example he says dairy cows treated with certain antibiotics may return to milk faster than if other antibiotics were used.

"That's a factor farmers may see from an economic perspective but that's got to be balanced with what the vet thinks is the most appropriate use of antibiotics."

Steve Merchant says the wise use of antimicrobials will be a key focus at the New Zealand Veterinary Association's conference in Hamilton in 16-20 June.