A depression self-help website has been expanded to include stories of survival from farmers and other people in rural communities. 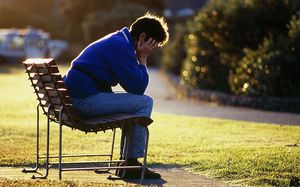 The National Depresson Initiative website is fronted by former All Black great Sir John Kirwan who over several years has publically shared his own battle with depression.

Associate Health Minister Jo Goodhew said in recent years male suicide rates had been up to 67 percent higher in rural areas compared with men living in towns and cities.

Mrs Goodhew, who grew up on a farm, said there was a perception that men working on farms had a silent tough guy image, however depression did not make those distinctions.

"Depression can take anyone down, and these farming guys have actually told their stories so that other farming guys who are finding themselves in a difficult place can understand that no-one's immune."

Mrs Goodhew said farmers were now sharing their experiences on the website.