The Selwyn district is joining other rural Canterbury areas to launch a campaign to get motorists to slow down on country roads.

The Selwyn District Council says the "Country roads are not motorways" campaign has come about after 187 crashes in the district from 2009 to 2013, in which speed or driving too fast for the conditions were a contributing factor. 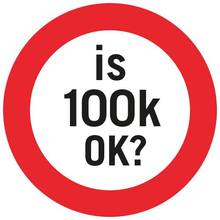 Eight people died in those crashes and 33 received serious injuries.

Of all the speed-related crashes during that period, 86 percent were on the open road.

The council says country roads are narrower and have more corners and less road marking. Some have gravel and many have stock crossing them or horse-riding on them, or slower vehicles such as tractors using them.

The road safety campaign will include radio and print ads in local papers over the next couple of months. A new Facebook page, "Is 100k OK?," has also been created.