An Iranian cyclist has died after being involved in a crash during the men's C4-5 road race at the Paralympics in Rio. 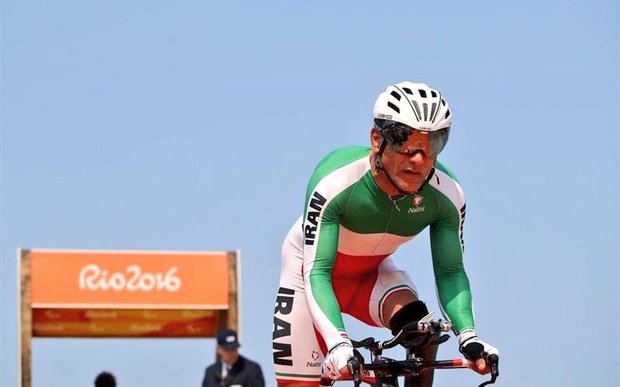 In a statement, the International Paralympic Committee (IPC) said 48-year-old Bahman Golbarnezhad crashed on a mountainous stretch of the course.

He received emergency treatment at the scene and was being taken to the athlete hospital when he suffered a cardiac arrest, the committee said.

The ambulance rushed him to a nearby general hospital but he died soon after arrival, it said.

An investigation into the circumstances of the accident had been launched.

The IPC said as far is it was aware, Golbarnezhad's death was the first fatality at a Paralympic Games.

The race began on Sunday (NZT) at Pontal and included the Grumari circuit used in the Rio Olympics road races - the stretch of track where Golbarnezhad crashed.

The Vista Chinesa circuit - which included a treacherous descent where Annemiek van Vleuten of the Netherlands crashed and sustained concussion during the Olympics - was not part of the Paralympic course.

A statement by the Iranian Paralympic Committee read: "It is difficult for us to announce this sad news but, with immense regret, we have to say Sarafraz Bahman Golbarnezhad, Iranian cycling champion, has died after an accident while racing in competition in the 2016 Paralympics.

"He was an exemplary Paralympic sportsman who, with love and energy, tried his best to promote the name of Iran and to make all of us proud and at the end he gave his life for this.

"All members of the Iranian cultural and sports camp here express condolences to his family and the Iranian nation.

"The name of Bahman Golbarnezhad will be inscribed in the proud history of Iranian Paralympics."

Golbarnezhad also competed at the London Paralympics in 2012.

IPC President Sir Philip Craven said Paralympians were "united in grief at this horrendous tragedy, which casts a shadow over what have been great Paralympic Games here in Rio".

A moment of silence would be held during tomorrow's closing ceremony.

In a brief statement, a New Zealand Paralympic spokesperson said Golbarnezhad's death was incredibly sad and the team's thoughts were with his friends and family.