Christchurch's new by-law restricting where freedom campers can park has been experiencing some teething problems, including issues with noise and rubbish. 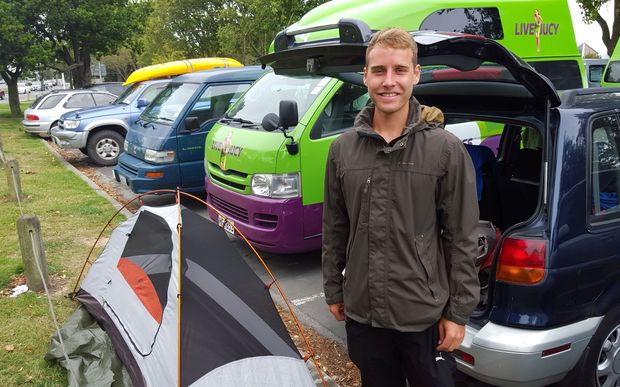 Michael Hanneken has been camping in the designated area next to Addington Park in Christchurch. Photo: RNZ / Conan Young

Last week, RNZ News reported the Department of Conservation (DoC) had been kicking out about eight illegal campers a day for littering and defecating on popular tracks in the South Island.

A man living close to the small carpark set aside for campers next to Addington Park, who asked not to be named, said the mostly young travellers were ruining his neighbourhood.

"They put all the rubbish all over the place, make a lot of noise at night, terrible.

"We can hear them at night [having a] big booze up down there."

One resident, Gabby Popa, worried whether the park's single toilet block was sufficient.

"For me, they look like homeless people... I don't know, what about if they need to have a poo-poo or a pee-pee, how they deal with this situation?" 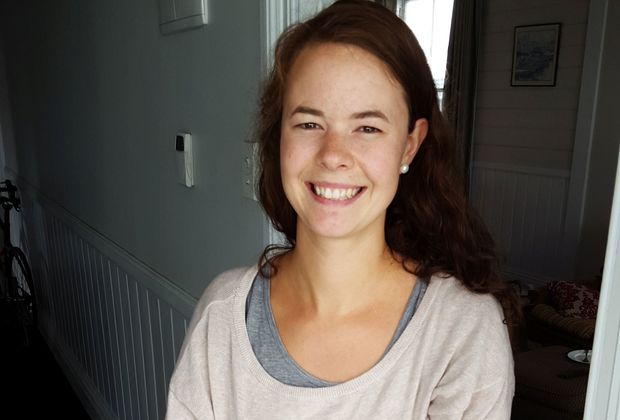 Another, Molly Hindman, said she hadn't had any major problems with her new neighbours.

"The only thing is the rubbish," she said. "At the start... there was a rubbish bin by the park there. It was just everywhere, but it seems to be ok now."

A freedom camper at the park, Michael Hanneken, said it was a shame a few could sometimes ruin things for the majority who played by the rules.

"People use that tree as a toilet at night. Like, over there people left bread lying around. This morning, there was some rubbish on the lawn, which someone else picked up."

Mr Hanneken managed to squeeze his one-man tent onto the thin strip of grass between the carpark and the fence that marked the beginning of the park, in order to comply with rules banning tents from the park. 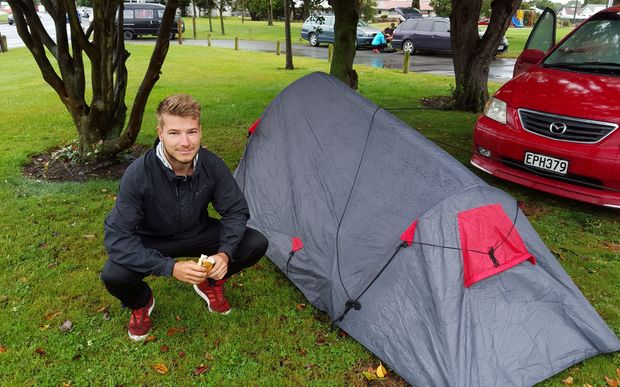 But another camper, Malte Kellermann, said he was going to take his chances and pitch his tent inside the park.

"Pretty curious what they'll say... I don't know if they will say, hey, please move your tent, but I don't think so, I don't think they'll be that hard to me."

Complaints are down, council says

Since it was introduced, the council had received few complaints and had only had to issue one trespass notice to a camper, she said.

"I mean, in terms of some of the complaints we've had around rubbish, the complaint has been that the bin has been full but what staff have found is the excess rubbish has actually been stacked up very neatly next door to the bin.

"So it's not that somebody's just left it strewn across the park."

Despite places such as Addington Park only being available for freedom camping in the evening, on both days RNZ News visited in the middle of the day the carpark was almost full with campers.

Time limits may be introduced if members of the public were prevented from using the spaces as well, Ms Proudfoot said.

"They are for the use of all of the public so we are conscious that we want to make sure that we get the turnover of spaces going on, so we are looking at some other options about how we can free up some parking space."

Staff were now emptying bins more often and enforcing the five-day limit on campers at places such as Addington Park, she said.