The Transport Agency says it has resolved most of the major challenges related to the construction of the National War Memorial Park.

The $120 million park and underpass is a government project to acknowledge the centenary of the Gallipoli landings during the First World War and is due to be finished in April 2015. 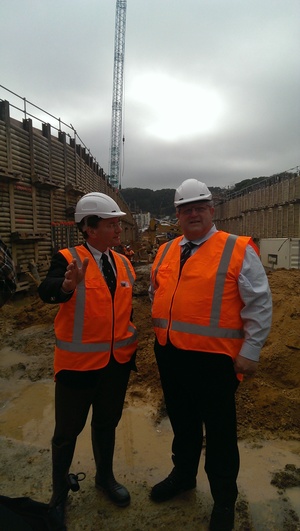 The agency's Wellington state highway manager, Rod James, says he is very pleased with the progress, although there have been a few problems.

He says underground services, such as water, electricity, gas and sewers have caused some of the biggest challenges both because of the need to relocate them, and also because many are not correctly listed on plans.

Mr James says traffic should be flowing through the underpass in a year.

Transport Minister Gerry Brownlee says the fact the project is three days behind is an exceptional result, given the difficulties that have arisen around the hard rock underground.

He says construction costs are about $15 million over expectations, but says that is not astronomical given the size of the project.