A cross party committee of MPs has decided former members should be treated no differently when the matter of being trespassed from Parliament is being considered. 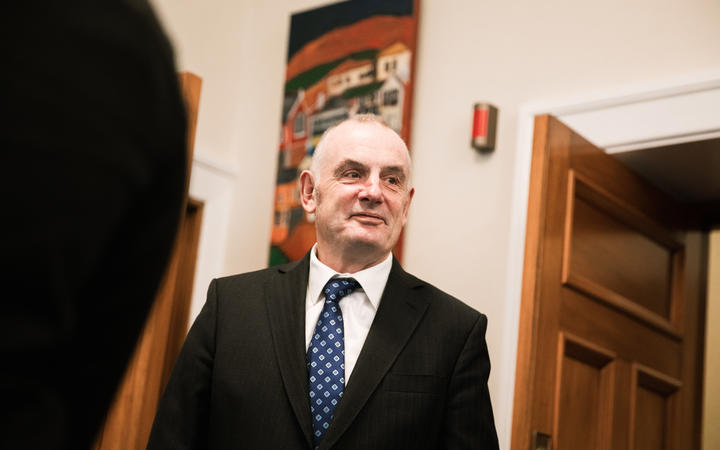 All political parties were tonight briefed on trespass notices sent to those who attended the protest at Parliament - including former MPs.

He was just one of several high-profile people confirmed to be affected by the notices served to those attending the 23-day occupation of Parliament's grounds in February and early March.

Parliament's Speaker Trevor Mallard is ultimately responsible for the trespass notices, but he delegated authority for the decision-making to Parliament's security team.

He chairs the Parliamentary Service Commission, which met this afternoon to consider whether former MPs should be exempt from trespass notices.

Mallard said the majority view was 'no', with only ACT supporting an exemption.

Prime Minister Jacinda Ardern said she had encouraged Mallard to set up a meeting with the Parliamentary Service Commission, which includes representatives from all parties, to discuss how the issue was being dealt with.

"It is still his call but I've encouraged him to involve the other parties, he ultimately does have the jurisdiction and the responsibility over these grounds, but it is an issue where he's ultimately having to decide whether past members of Parliament are treated exactly as everyone else is." 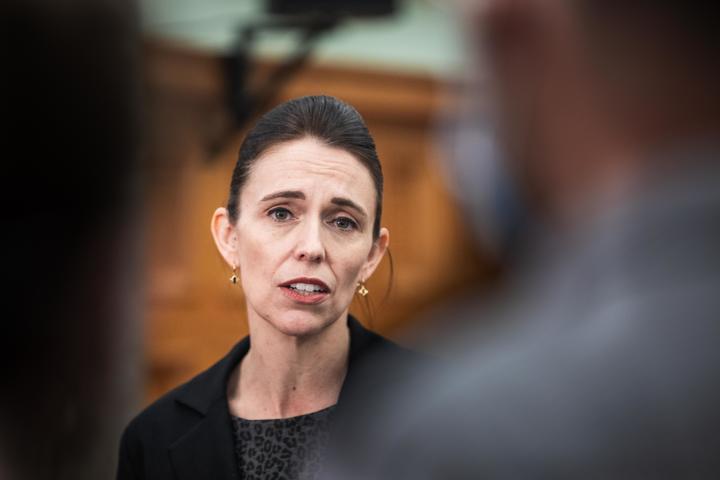 "I think it is useful for all parties to be able to hear him out on how he came to the decision and make a joint decision, as much as they are able to, on whether or not MPs should ultimately be treated differently from everyone else - because that's at the heart of the issue."

She believed it was clear the whole way through that trespass notices would be issued, and what the speaker was trying to grapple with now was how that applied to former MPs.

Leader of the House Chris Hipkins said he was happy to participate in the conversation.

"I do think that what we saw out front went well beyond a protest though, it was an occupation of Parliament where the grounds and the facilities around Parliament were damaged, and people were being threatened, that's not a democratic protest." 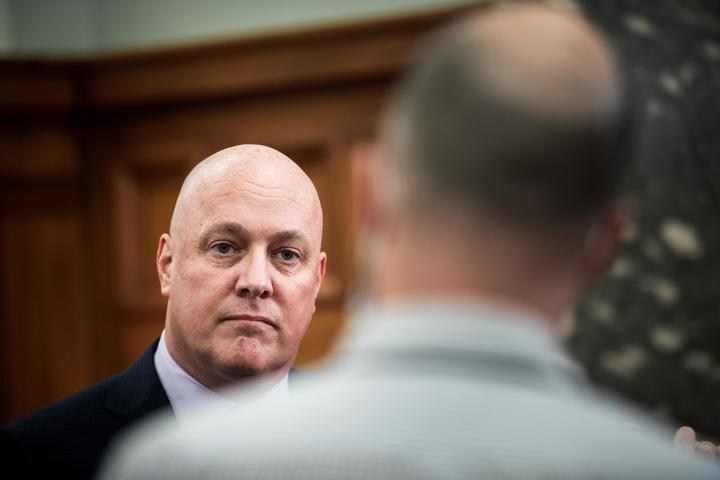 "It's the speaker's rulings, it's the speaker's responsibility, he's obviously working in conjunction with police. I imagine he's taken a lot of advice, I think we should see that advice - I haven't seen it - and that would mean that he's balancing very fine issues around freedom of association and trespass and all those sorts of things I would imagine."

"The bottom line is this is an issue for the speaker."

Shadow Leader of the House Chris Bishop said it was an extraordinary situation considering Peters' history.

"Winston Peters, I don't like the guy much but he has been a deputy Prime Minister on two occasions, one of our longest-serving MPs, he just visited the forecourt and he didn't camp out at the protest. My understanding is he just went for a wander and a bit of a tiki tour, many members of the media did exactly the same thing." 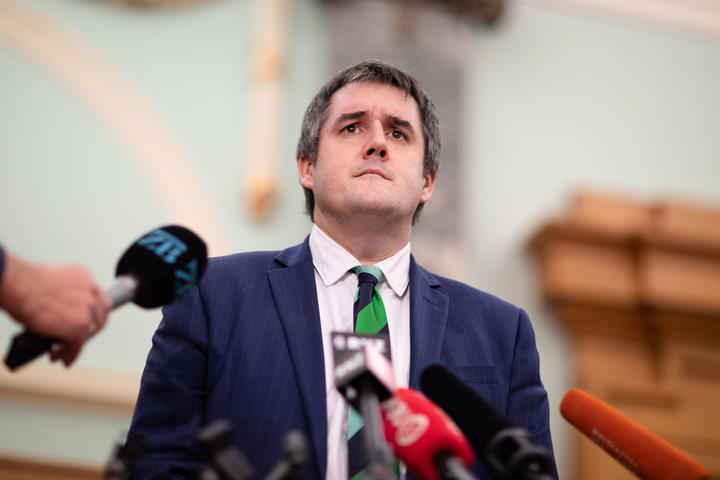 He said he found it extraordinary Mallard had handed the decision-making to managers in the Parliamentary Service.

"We're expected to believe that Trevor Mallard has had nothing to do with the decision to do with Winston Peters, I find that quite astonishing."

Green Party co-leader Marama Davidson said it did not matter much whether someone was a former MP.

"As a party of activists, we understand the consequences and the choices that we are making when it comes to civil disobedience and disruption," she said.

"There are consequences and the Greens accept those, it's a bit boring otherwise." 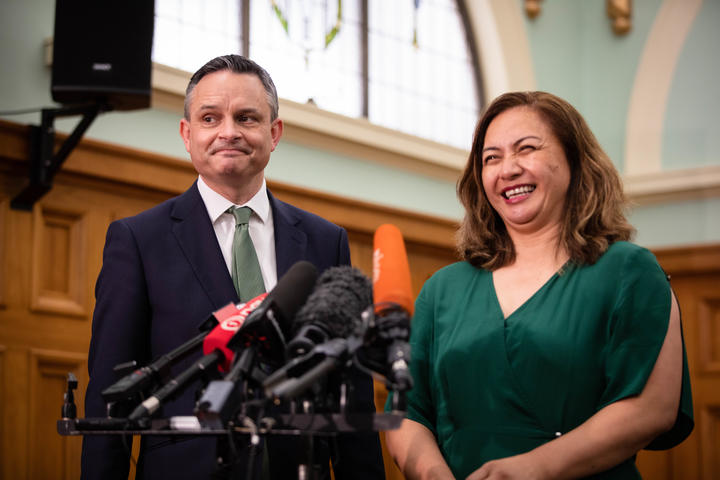 Fellow co-leader James Shaw also said it was important that former MPs not get an exception, and he believed it was appropriate for the speaker not to be making that decision.

"Otherwise it would be seen as a purely political decision by a sitting speaker against former MPs who he'd had plenty of run-ins with ... better to have someone who's not a member of parliament making those kinds of choices but ultimately no one's above the law."

Bishop said the party had no confidence in Mallard as speaker, but that was nothing new, and repeated the party's calls for a separate inquiry into the protest and decisions made on it.

ACT leader David Seymour was on the same page.

"Mallard's petulance and pettiness seems to be at the heart of so much drama. ACT predicts this will lead to expensive court cases where again the taxpayer will pay the bill for a speaker who's not in charge.

"I think the real issue now is would it be better to let sleeping dogs lie, or go through this petty, petulant process that I predict will land in court with court costs for Kiwis already facing a cost-of-living crisis." 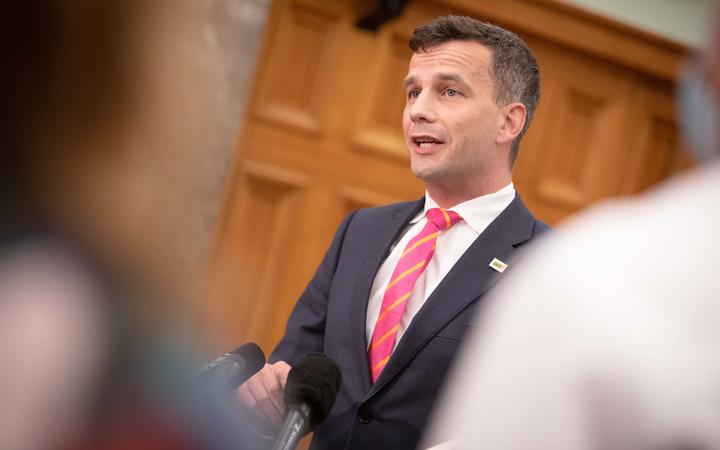 Mallard was being protected by Labour, he said, and it was time for him to go.

"I've said it's time for Trevor Mallard to go for a long time, he's now got a laundry list of misdemeanours and misbehaviours that always seem to end up costing the taxpayer, as I predict this will."

Protesters on the grounds during the occupation were warned several times on loudspeakers they were there illegally, after the Speaker had closed the area to the public.

Parliament's rules demand that protests within the grounds are dispersed in an orderly manner using pedestrian ways to avoid damage to lawns and flower beds. Erecting structures on the grounds is also banned, and signs must be handheld.

They would not prevent those targeted from accessing Parliament's grounds - only demanding they seek prior approval - and could well be considered a reasonable limit on freedom of expression in the circumstances, he said.