Health officials are drafting a plan on how the country will cope if it is hit with a new Covid-19 variant that is more infectious or severe than Omicron. 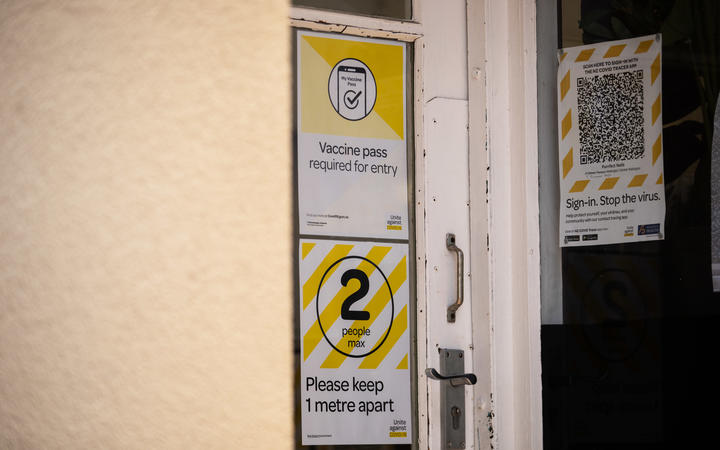 While the government has eased Covid-19 restrictions for now, it is keeping QR scanning and vaccine passes in reserve. Photo: RNZ / Samuel Rillstone

The plan could see the reintroduction of vaccine passes and QR scanning - but there is a warning public compliance could wane because of pandemic fatigue.

While the government has eased Covid-19 restrictions for now, it is keeping QR scanning and vaccine passes in reserve.

With the threat of future variants looming, health officials have been told to come up with a plan.

Associate Minister of Health Ayesha Verrall told RNZ it would outline how the government should respond if the virus mutated into something more infectious or dangerous than Omicron, that is likely to put more people in hospital.

"We need a systematic way of assessing the threat they pose and what our response should be," Verrall said.

She anticipated the plan would set thresholds for reintroducing things like vaccine passes and QR scanning.

But those measures could become less effective in the future, she said.

"Either due to decreasing adherence to them, or because higher transmissibility viruses are more capable of escaping those interventions, whether that's social distancing, lockdowns, or MIQ." 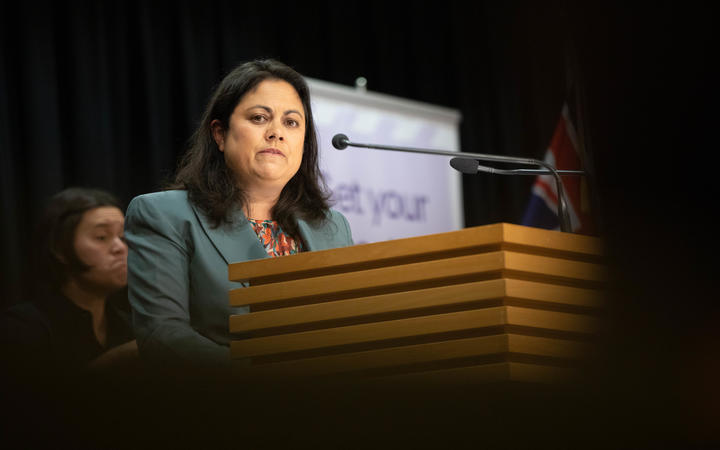 National Party MP Chris Bishop did not want vaccine passes and QR scanning to be re-introduced.

"The Covid vaccine pass system and the mandate system is a pretty severe response, and so the question would be whether or not a new variant requires that sort of proportionally severe response. I would hope that it doesn't."

Covid-19 modeller Dion O'Neale said ventilation should be improved in places like schools and workplaces, in anticipation for future variants.

"Our houses, many of our schools and workplaces are really just not great at having lots of fresh air coming through them, and making sure that there's not internal air being recirculated between people. So that's something where there's an opportunity to make some systemic infrastructure changes, and that takes time and it takes money."

A return to the use of lockdown would be a political decision, he told Morning Report. It would play a role if there was a spread of a highly transmissable variant that caused severe illness and was sending large numbers to hospital.

ACT Party leader David Seymour had a long list of improvements he wanted the government to make in preparation.

"When it comes to testing, tracing, PPE, vaccine rollout, ICU capacity - the things we can control domestically are all seriously subpar."

The only way of knowing if variants have arrived here is through genomic sequencing.

At the moment, labs only use the PCR tests of travellers who have arrived in the country and subsequently tested positive.

Health officials plan to ramp that up heading into winter, using the tests of people who have visited their GP or hospital.

The government is looking at further changes, according to Verrall.

"Anyone who tests positive and goes on to have that PCR test, that PCR isolate is stored and banked for a period of time, let's say four weeks. If in the interval we get a report from overseas that there's a new variant in a particular region, we could go back and analyse all the samples from that region."

The government will be getting feedback from the likes of iwi leaders and the disability sector before the plan is released publicly.