The Revenue Minister says he wants to get the facts out about tax, so politicians and voters can have a more informed debate about tax rules. 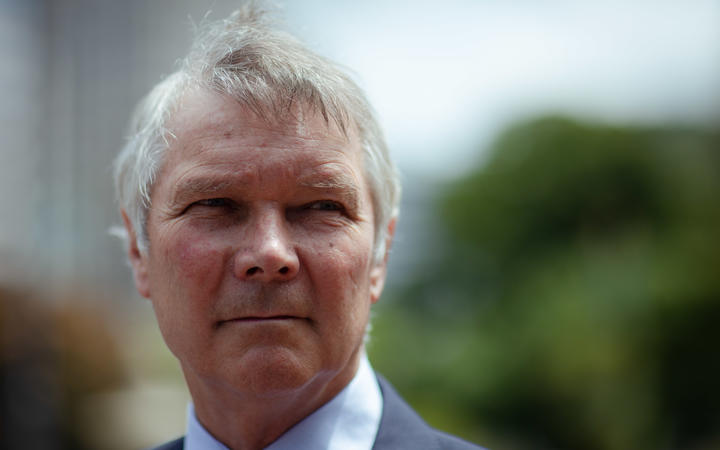 The National Party is sceptical of the motivations behind the government's plan to make the tax system more transparent.

Inland Revenue is collating previously unprocessed data on how much tax the country's wealthiest people pay.

Parker told Morning Report a lack of information on high income earners' tax had proved to be a problem overseas but it was even less clear in New Zealand.

"The survey measures we resort to to assess that have proven to be ineffective at the top because the highest concentration of wealth ever found is $20 million dollars in a country that's got billionaires.

"We've really got no idea and therefore people can't asses whether middle income earners are paying a higher rate of tax than the wealthy."

He said attaining data on the level of tax paid by wealthy people would be key to any future political debate on tax reform.

However, he reiterated that Labour had no tax reform plans in place ahead of next year's election.

"You can't take the politics out of tax and I'm not trying to.

Parker said there was a feeling of unfairness around the current taxation of middle income earners.

He said if wealthy people were found to not be paying their fair share of tax then it deserved to be addressed with a debate based on facts and data.

National finance spokesperson Nicola Willis said there was nothing stopping the minister asking for information on how the tax system was working.

Willis said it seemed the bill was more about reviving plans for a capital gains tax.

Prime Minister Jacinda Ardern has ruled out introducing such a tax while she is prime minister.

Willis said National would analyse the new bill before deciding if it will support it.

Luxon told Morning Report Parker's speech yesterday was confusing and it was not clear what he was trying to achieve.

"The IRD is quite capable of doing full tax audits and investigations of people whether they're wealthy or otherwise," he said.

The government is trying to establish a narrative for a political mandate justifying the need for a capital gains tax, a tax expert says.

He said because capital gains were not taxed there was not good data on them which meant the policy debate was harder than it should be.

While international organisations like the OECD and the IMF have told the government a capital gains tax needs to be put in place, which was also recommended by the Tax Working Group, the government remains opposed.

Minister Parker unequivocally ruled out a capital gains tax and a wealth tax in his latest speech, Nightingale said.

Instead his Tax Principles Bill and a high wealth research project seem to be setting out a framework for a future debate on capital-type taxes.

"So it's a very long-term project really and it's attempting to frame a narrative that would perhaps build a political mandate for these things."

It was clear that Parker wanted the credible data to show the unfairness of the current system but it remained to be seen whether voters agreed.

Nightingale said the research process being adopted by the government was "heavily politicised".

Powers were being passed under urgency with no consultation.

"It's quite a politicised project and that's where they need to be careful."

Most research projects were independent and neutral in contrast to the terms of reference of the current initiative, Nightingale said.

"It feels like it is attempting to establish a political narrative for us as voters about the absence of a capital gains tax."