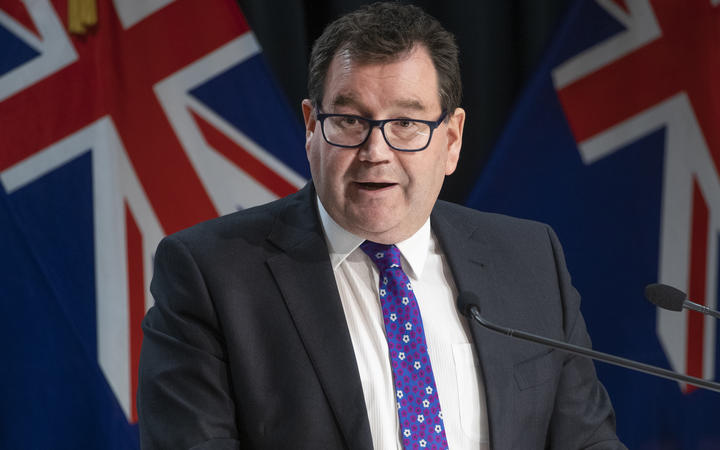 He was responding to comments from Māori Development Minister Willie Jackson who told TVNZ's Q+A on Sunday that the nature of democracy has changed.

"This is a democracy now where you take into account the needs of people, the diverse needs, the minority needs," Jackson said.

"It's not the tyranny of the majority anymore, that's what co-management and co-governance is about. It's nothing to fear."

Robertson, who was standing in for Prime Minister Jacinda Ardern, told Morning Report he agreed that the nature of democracy has changed and said the country could be proud of how it had evolved.

He said it had allowed the Māori voice to be heard and their voices and aspirations can be taken into account.

Regarding power-sharing for Māori he used health as an example and said there had been decades of inequities and poor health outcomes within a system that had failed Māori.

"There are issues in our society which we can resolve better if we adopt arrangements that are appropriate for that sector. So that's what we're doing with the Māori Health Authority and that's actually what the previous government did with things like the Auckland Māori Statutory Board or the Whanganui River Authority or the Waikato River Authority.

"We should be proud of New Zealand that we've taken these core democratic principles and we're adding to them by making sure that we're hearing the voices of Māori and delivering better outcomes."

Asked if co-governance would be extended beyond natural resources, where it is being used for the Three Waters reforms, he said the government was seeking to deliver better outcomes for Māori and all New Zealanders.

"We're interested in things that work and deliver particularly to Māori who haven't been delivered to in the past."

While the country's Treaty of Waitangi process was not perfect, it was admired around the world as a way of addressing inequities.

With National and ACT making it clear they do not favour co-governance, Robertson queried how they would ensure Māori did not die younger than Pākehā. He challenged ACT leader David Seymour's claim that the new Māori Health Authority would increase bureaucracy.

"What he's saying is that he's prepared to put up with the historical inequities we've had in New Zealand; we're not.

"... there's no one single model here. What we've got to recognise is that there's a set of issues where if New Zealand is going to develop well, if we're going to achieve our potential as a country economically and socially, then we've got to look at different kinds of arrangements as they're appropriate."

The government is also consulting communities to gain feedback on the United Nations Indigenous Rights Declaration which it is aiming to comply with.

Robertson said there was no proposal to have a co-governance model for education.

The government would look again at the Rotorua Lakes Bill which would give greater representation to Maori. It has been found to be discriminatory by the attorney general.

While he voted for it in the first round of the parliamentary process, he said serious issues had now emerged and it would have to be paused and reassessed.