Analysis - Christopher Luxon goes head-to-head with Jacinda Ardern, find out how the media rated him. The government unveils a new strategy to combat family and sexual violence, and announces a world-leading plan to ban tobacco sales. 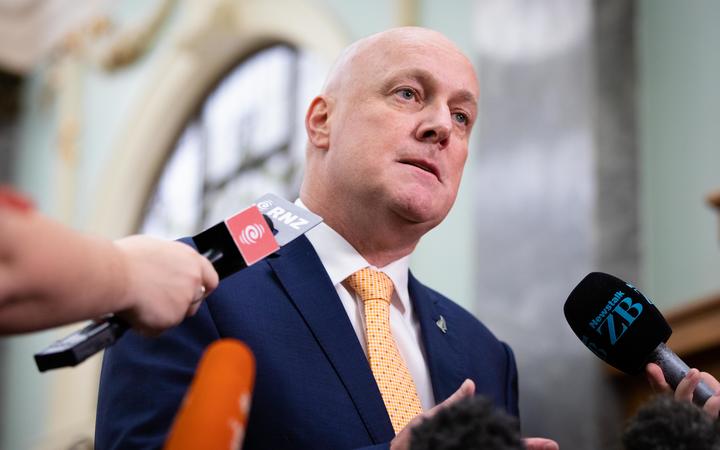 Christopher Luxon's first head-to-head with Jacinda Ardern had a big build up but, as RNZ reported, it was hardly the Battle of the Titans.

At question time in Parliament on Tuesday National's new leader took on the prime minister over the number of intensive care beds in New Zealand, and why more had not been done to increase them.

Safe enough, but it's been done over numerous times and Ardern knew where he was coming from.

She replied by talking about the government's response to Covid-19, reeled off its successes compared with other countries and said there were 300 ICU or high dependency beds with a surge capacity of 500.

"At the peak of this outbreak, my recollection is that we've had 11 people in ICU," she said. "We want to save lives, not have a situation where people are critically unwell."

According to Ministry of Health figures, at the end of this week there were five people in ICU.

Question time was almost light relief compared with the dramas of the last two weeks.

"Luxon stumbled over his words a bit, but otherwise neither landed a knock-out blow, neither covered themselves with glory; both with room for improvement," RNZ's Russell Palmer reported.

After briefly mixing up his notes Luxon got his act together and on Morning Report the next day commentators Brigitte Morten and Ben Thomas both gave him seven out of 10.

That's fair enough, because it almost certainly didn't go according to plan.

Herald political editor Claire Trevett said if Luxon had learned anything "it is that it's futile owning a cannon if someone has stolen all your cannonballs".

Her point was that ACT leader David Seymour had question two and Luxon question four. "Seymour made the most of it, asking questions on all manner of Covid-19 related questions that he knew Luxon himself was probably hoping to tackle her on," she said.

"By the time it got to Luxon it seemed that all he had left among the vast stockpile of questions in front of him related to why more had not been done to increase ICU capacity since Covid arrived."

Trevett said his ultimate goal was "to survive without making an egg of himself or embarrassing the caucus that placed trust in the rookie. He did achieve that".

Luxon explained afterwards how he got himself in a muddle. "The prime minister answered that question the way that I wanted and I couldn't find the question that I thought I wanted to follow that up with. I'll get better. I thoroughly enjoyed it."

Stuff political editor Luke Malpass thought Luxon did well. "For a bloke who has only asked a handful of questions in the House prior to this, it was very good," he said.

The previous day Luxon had announced his new line-up. The most significant change was announced last week - Simon Bridges becoming finance spokesman and ranked third in the caucus.

They were both demoted, Woodhouse dropping 14 places and Bayly 12. Collins herself was sent to the back bench, 18 places down. She hasn't been seen since she lost the leadership, and Luxon said she would be on leave for the rest of the year.

Other notable promotions were Erica Stanford, up from 26 to seven and given education along with immigration which she previously held, Matt Doocey up 12 places to 8 and retaining mental health, and Simeon Brown up 10 places with transport and public service. He previously held the police portfolio, which has gone to Mark Mitchell.

The new leader's first question time was the most widely covered political event this week but it won't have a lasting impact. Of more importance in the longer term was National's decision to continue challenging the government over its handling of the pandemic and Auckland in particular.

Luxon called for Auckland's border to be lifted now and questioned the government's decision to start the city off at the Red setting of the traffic light system.

It's the sort of criticism that caused Bridges' downfall when he was leader but circumstances are now very different and Luxon must sense the government is vulnerable.

When Bridges popularity slumped after he attacked Ardern over the way she was using lockdowns there was no vaccine. Now there is, and public attitudes are changing.

The Herald reported on this, citing a Talbot Mills poll published in November which showed the number of people who rated the government's handling of the pandemic as "good" had dropped from 60 percent in October to 46 percent. Those who rated it as poor increased from 16 percent to 26 percent.

The government will be aware of this, and it could make a difference to its future approach to changing the traffic light settings and removing restrictions.

The government had two important announcements this week. 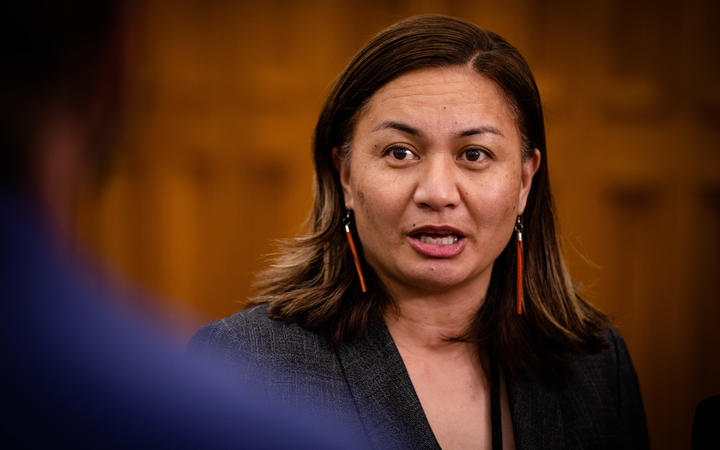 Marama Davidson made the announcement unveiling a new strategy to deal with family and sexual violence. Photo: RNZ / Angus Dreaver

The first was the unveiling on Monday of a new strategy to deal with family and sexual violence.

The announcement was made by Green Party co-leader and Minister for the Prevention of Family and Sexual Violence Marama Davidson, with Ardern attending.

The intention is to bring together 10 agencies for a collective response, a "whole of government" approach.

Davidson said preventing and healing needed a much bigger focus than ever before. "We've had research and reports, and reports, and the community have told us the same thing - we need to stop it happening in the first place."

RNZ reported those at the coalface were saying the time had come for real mahi (work), not just lip service.

National's social development spokesperson Louise Upston was sceptical. "I think if most New Zealanders read it (the strategy) they would be like 'what does this mean? what does it mean if I'm in crisis? and if I leave where am I going to live?'," she said. 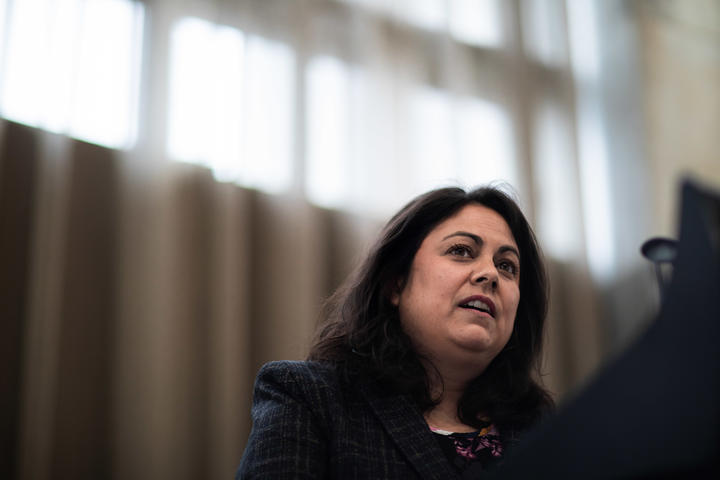 An age ban will be introduced and increased each year.

"People aged 14 when the law comes into effect will never be able to legally purchase tobacco," Verrall said.

"As they age, they and future generations will never be able to legally purchase tobacco."

New Zealand would be the first country in the world to take such a step, RNZ reported.

It even made CNN news.

The plan is to introduce a bill in June next year and have it passed by December, taking effect in 2023.

The government has a goal of making New Zealand smokefree by 2025.