The government has unveiled a roadmap to overhaul antiquated and inadequate conservation laws while stepping up plans to address long-standing problems in the short term. 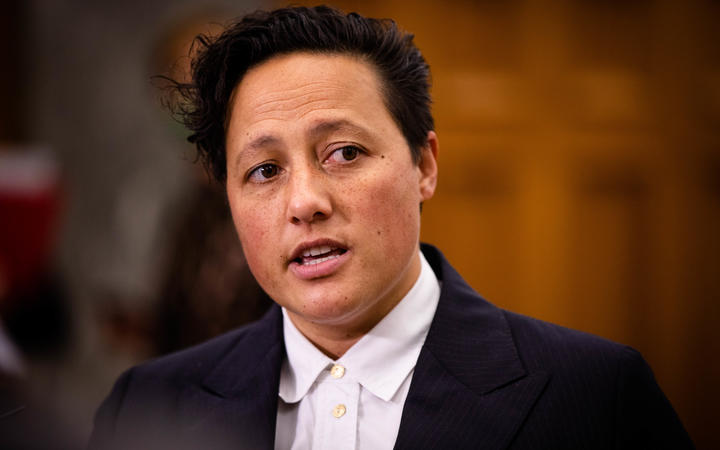 They included a review of the Wildlife Act, increasing protection of Hauraki Gulf, simplifying the permit and concessions processes, and addressing issues with outdated national park rules.

"More than 4000 native species are threatened or at risk of extinction. We are at a defining moment for nature, yet much of our legislation is decades old and not fit for purpose," she said.

"It is a complex web of nine main pieces of legislation and 15 Acts, developed largely on an ad-hoc basis over a span of nearly 70 years."

She hoped a review of the Wildlife Act - which was over 60 years old - would mean it could finally do its job of protecting all endangered species.

As an example, she said there were pekapeka - native bats - that needed to be relocated that were in the route of a new motorway.

"Well DOC as the regulatory entity didn't have the powers to be able to enable relocation through diligent measures.

"It could only deal with that particular taonga once it was dead. So we don't have the right regulatory tools that are fit for purpose for what it is that in a contemporary conservation environment."

Better laws would equip Aotearoa with the tools to deal with threats to biodiversity including climate change and introduced pests, she said.

"The Act needs better mechanisms to protect species while at the same time addressing opportunities and challenges for customary rights and recognising mātauranga Māori, rangatiratanga and kaitiakitanga."

DOC was looking at the full suite of conservation law and how it currently functioned with plans for a more phased approach and substantial reforms further down the track.

She acknowledged that the current system for updating national park rules was not working.

"In the meantime, we can start making improvements now to help relieve the pressure on DOC's concessions and management planning systems.

"Tensions are constantly felt around key plans like the Fiordland National Park Management Plan. Part of that tension is because guidance or limits on specific activities like aircraft landings cannot be easily reviewed and updated."

Part of what she wanted to see was conservation planning and permitting decisions that would better reflect what local communities want and the latest environmental science, Allan said.

"The current system isn't fully facilitating the activities we want to enjoy, like mountain biking, or the scientific research we need to address the biodiversity crisis.

"Alleviating some of those pressures and frustrations by simplifying the processes for concessions and other permits for researchers, tourism operators and other businesses is a much-needed fix."

Consultation on some of the proposed changes - including Conservation Management and Processes Amendment Bill - would start next year.

While some of the changes were expected to get a green light this election cycle, Kiri Allan said they were also laying the foundations for larger, more sweeping reforms in the future.

"Today's announcement is a vital step towards addressing ambiguity and deficiencies in current legislation, much of which is older than I am and doesn't reflect the massive shift in how we think, and care, about the environment we all share," she said.

Updates including opportunities to engage on the reforms would be added to the Department of Conservation's website regularly.

Forest & Bird is welcoming the plans, with chief executive Kevin Hague saying it is time to design a system that is fit for purpose in the 21st century.

"Nature is in crisis, and protecting the forests, mountains, oceans, wetlands, and wild rivers of Aotearoa will be a crucial part of solving the climate and biodiversity crises together," Hague said.

He wants Te Mana o te Taiao the Aotearoa New Zealand Biodiversity Strategy to be put at the heart of all decisions.

Hague said more urgent problems should be dealt with now, rather than waiting on lengthy legislative reviews. A government promise made in 2017 to ban mining on public conservation land, especially coal mining, should be a priority.

"We look forward to being closely involved in these changes to make sure the laws for nature create an environment in coming decades where native bush is flourishing, the dawn chorus is deafening, treasured landscapes are protected, and Aotearoa's coastlines are teaming with fish," Hague said.

The Minister made the announcement at Victoria University of Wellington's Coastal Ecology Laboratory.

This was a day after getting the all clear from doctors following her battle with cancer earlier this year.

"That announcement yesterday [was] giving me the permission to say 'Go for Gold Kiri', and now we're going for gold and looking forward to seeing where we land in a couple of years time."

Jamie Ferguson, a tumuaki or partner at Kahui Legal, a Maori law firm, spoke at the announcement.

He said reform could work well for tangata whenua.

"Very much a positive - we've been faced of many decades of negative connotations, and always struggling to have that voice and to exercise it."