The beleaguered National Party has pinned its hopes on a political novice to resurrect its fortunes and win the next election. 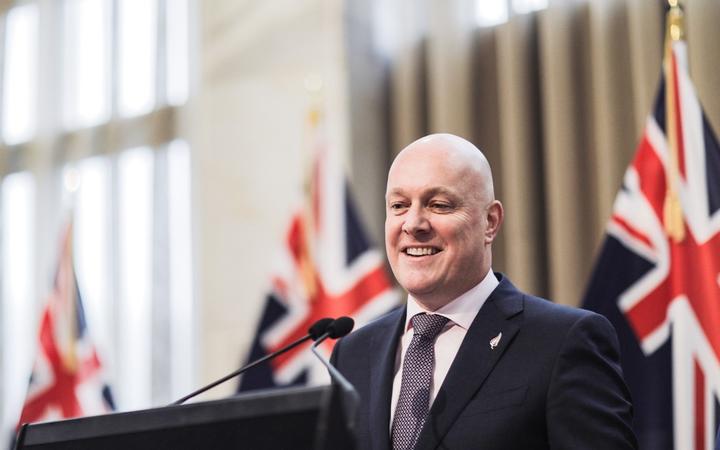 His first challenge will be putting an end to the party's bitter infighting.

After his election on Tuesday, Luxon said "we are drawing a line under the events of the last four years, and we are putting them behind us."

Luxon described their leadership as a reset for the party.

"We are turning the page, we are putting the baggage aside, we're trusting each other. We know that will take work but we are going to do that job incredibly well."

But he has a tough job ahead.

After a devastating election loss, National is still well down in the polls.

A bruising four years has left the caucus broken and divided - but they are striving for unity.

Rangitīkei MP Ian McKelvie said the leadership team was a good result, while David Bennett said he was pleased with "where the party is at".

Luxon will also have the challenge of leading a caucus with three former party leaders in it.

It's not yet clear what he will do with Judith Collins, Todd Muller and Simon Bridges.

"There is a role for everybody in our caucus, we're going to use the talents of all 33 members... Simon and Judith and Todd as former leaders, there are very important roles for them in our caucus."

Collins would not speak to RNZ last night, saying she was very happy to let the leadership team have their time without her "getting in the way."

"What you've know got is a completely fresh face, Christopher Luxon is not well known by New Zealand voters and I think that's his advantage, not his disadvantage," he told Morning Report.

"He now needs to use the opportunity to get himself well known and I think he can be a potential prime minister of New Zealand."

While he was inexperienced as leader of the Opposition, "the most difficult job in politics", he was very experienced in leading Air New Zealand at a challenging time, Carter said.

"His job is to oppose, but his job is to equally propose. He needs to advance National with an agenda that entices people, that excites voters."

He said the media have been playing up Luxon's faith. He had gone to the same Catholic primary school as Luxon, but he has never been questioned on his religious background, he said.

"I think Mr Luxon as leader needs to be quite careful on some of these conscience votes. When I reflect on my last conscience vote in parliament, it was around the issue of euthanasia, there was tremendous pressure put on members of parliament in the National caucus by both sides of that debate.

"Conscience votes are indeed conscience votes ... members should be left to express their vote as they see fit without pressure, regardless of what the issue is."

Bridges and Muller did not respond to requests for comment.

Willis said the caucus was not focused on old grudges.

"I sense a real excitement and enthusiasm from our team that we're getting to turn to the page, draw a line under what's gone on and do much better in future."

An impending portfolio reshuffle will reveal how Christopher Luxon plans to handle the former leaders.

Will he keep his friends close and his predecessors closer?