Kāinga Ora's eviction policy could be reviewed, as pressure comes on the government over unruly tenants. 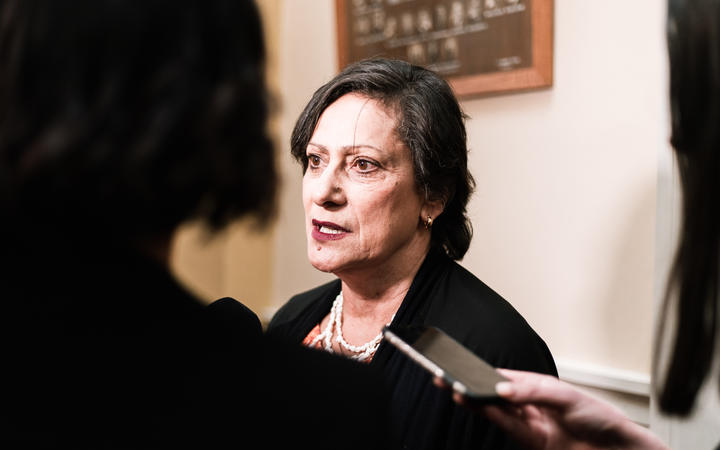 One elderly couple desperately want their neighbours evicted from the state housing complex in Whangārei where they live, after death threats and police callouts, and most recently a rowdy party at the weekend that ended in an arrest and car crash.

According to one lawyer, they are just the tip of the iceberg in cases of Kāinga Ora tenants being terrorised in their own homes and Kāinga Ora is "unquestionably" breaking the law by not evicting unruly tenants.

No Kāinga Ora tenants have been evicted in the past three years, with Associate Minister of Housing Poto Williams today saying evictions remained a 'last resort', but the government would not accept adding to homelessness.

Kāinga Ora had been working hard to resolve the situation in Whangārei, but the case was now before the justice system and she was not at liberty to discuss the details due to privacy concerns, Williams said.

"It's pretty dreadful, it's unacceptable really that behaviour that we're having to deal with ... Kāinga Ora has been working really hard to try and resolve that situation for them. There are matters at hand, it's now in front of the justice system."

People "absolutely" had the right to feel safe in their own homes, but eviction would simply move the situation from suburb to suburb, and adding to the homelessness problem was "not acceptable to this government", she said.

"The alternative for us as a government about not working to sustain tenancies and keep people into their homes is clearly not palatable because it impacts more than just the immediate - it impacts children, it impacts their ability to build families. If families are moving constantly that has a huge impact on a child's ability to get a good education if they're moving schools all the time. There are wider implications in this."

Kāinga Ora had a process it would work through to try to resolve disputes between neighbours, she said. The first step was to mediate, the next option was relocation - with 159 of these having been carried out in the past year alone.

"It doesn't always work but it works most of the time, which means that families can stay in homes - and the alternative to that is homelessness, children potentially being uplifted into care."

"The very last resort is to look at evictions ... evictions are an option." 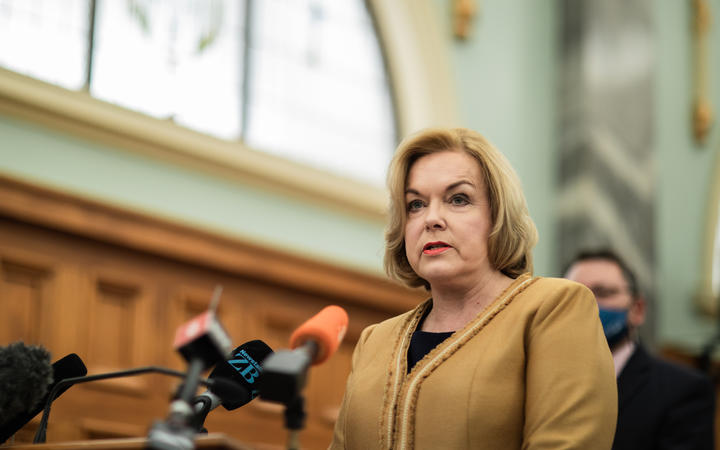 "I understand what happens when you have whole streets that are taken up by particular gangs and I've actually previously, years ago, lived next door to people that are associated with a gang. I know what it's like. They do nothing except cause mayhem and fear.

"The government's basically get-out-of-jail-free card that they've given them is something that is causing extreme intimidation and fear amongst people who are otherwise vulnerable. They don't have choices to shift houses - they're people who don't have a lot, the good tenants - and they're having to put up with it. It's not right."

She said people's behaviour should determine whether they should had the right to a state house.

"We know people are often in need and they sometimes have other issues as well, we understand all of that. The point is, when you've got that house, that should not give someone a right to intimidate and try and destroy other people's peace of mind.

Williams said Kāinga Ora was doing everything possible in upholding its legal responsibilities as a landlord.

"Remember that an eviction notice is a 90-day notice, that means neighbours who know there are problems with each other have 90 days to deal with it. What Kāinga Ora does is try and work intensively to sustain tenancies, because the alternative is when we do evict we still have a 90-day process to go through."

She signalled there could be soon changes to the Kāinga Ora policy.

"There's definitely an opportunity for us to look at the process and I've had discussions with Kainga Ora about that."